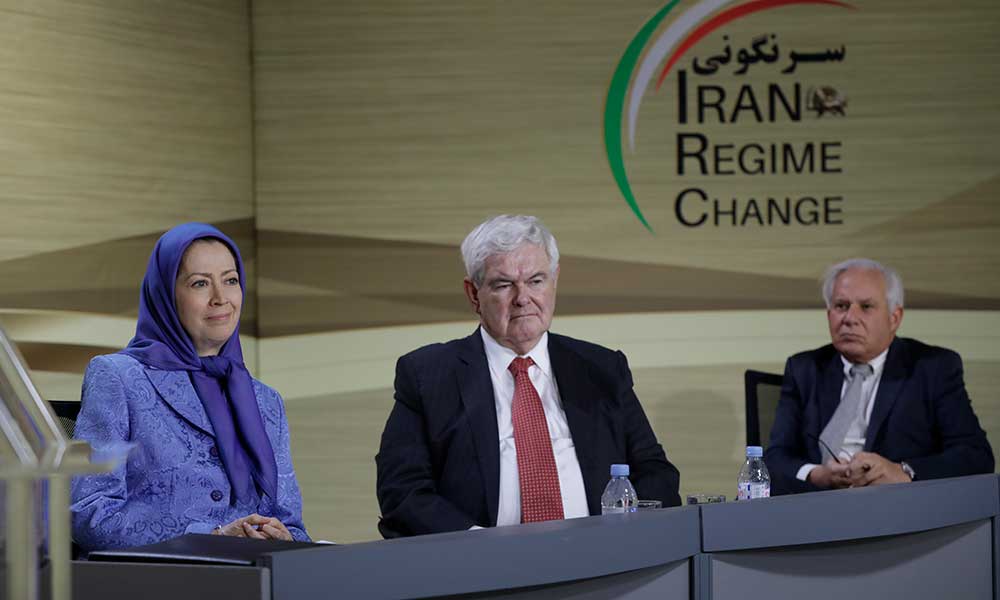 At a conference entitled, “Regime Change in Iran; Onwards with 1000 Ashrafs” Mrs. Maryam Rajavi said on Friday: that “the uprising which erupted on December 28, in Iran, spread to 142 cities across the country with breakneck speed showed that the Iranian society is in an explosive state, simmering with discontent.”

“It showed that the regime is much weaker than perceived,… the billions of dollars of windfall from the nuclear deal did nothing to cure the regime’s instability. And finally, the uprising showed that the people of Iran detest both regime factions and want it overthrown in its entirety.”

To read the full text of speech by Mrs. Maryam Rajavi click here.