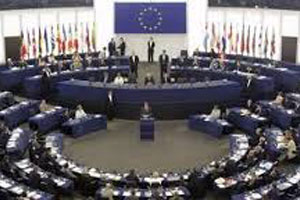 Since August 2013 when Hassan Rouhani took office as a ‘moderate’ president, over 1000 – mostly announced – executions have been carried out in Iran. At least 27 women and 12 prisoners who were juveniles at the time of their arrest, together with 20 political prisoners, are amongst those hanged, many in public. A number of prisoners have also been killed under torture in the same period, according to reports.

The UN Special Rapporteur on the situation of Human Rights in Iran, Dr Ahmed Shaheed, in his new October 2014 report warned: “The execution of individuals for exercising their protected rights, including of freedom of expression and association, is deeply troubling. Members of ethnic minority groups, in particular those espousing ethnocultural, linguistic or minority religious rights, appear to be disproportionately charged with moharebeh and mofsed fel-arz, sometimes seemingly for exercising their rights to peaceful expression and association.”

Speaking from Brussels, Gérard Deprez, Chair of the Friends of a Free Iran in the European Parliament, which includes many MEPs from various political groups, stressed: “The abolition of Death penalty lies at the heart of our European values and must be promoted in all our contacts with other states.”

“The alarming rise of executions in Iran makes it ever more urgent for the EU to adopt a new policy that would compel that country to end the application of capital punishment.”

Deprez called on Federica Mogherini, whose mandate as the new EU High Representative for Foreign and Security Policy was approved by European Parliament’s Foreign Affairs Committee earlier this week, to declare “a clear improvement of human rights as a precondition” for all EU’s future relations with Iran.