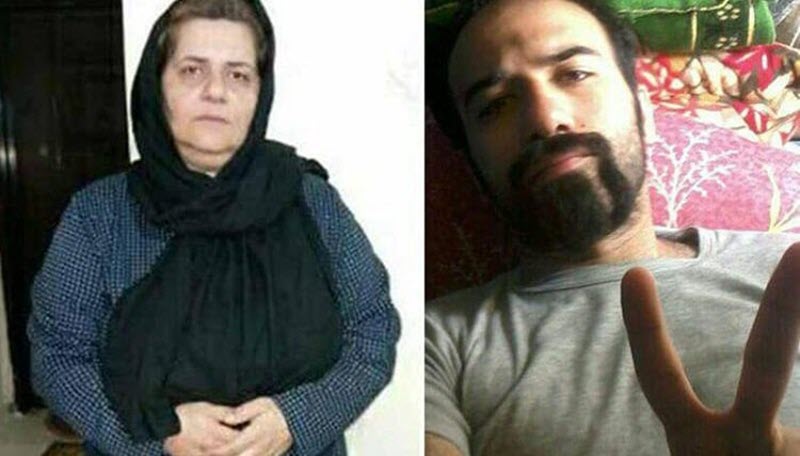 The mother of an Iranian political prisoner was arrested by intelligence agents and taken to an unknown location, according to a report from the Women’s Committee of the National Council of Resistance of Iran (NCRI).

Farangis Mazloumi, the mother of blogger Soheil Arabi, was arrested on Monday when eight intelligence agents raided her sister’s residence. The agents also confiscated the cellphones of Mazloumi and her sister.

Mazloumi has been under tremendous pressure since Arabi was first arrested over five years ago, often travelling long distances to the prison he is being held in and then being denied the chance to visit with her son.

The most recent occasion of this that we have a record of was just before the Persian New Year in 2018. Arabi had gone on hunger strike to protest the beating and transfer of fellow political prisoners Golrokh Iraee and Atena (Daemi). He demanded that the two women be returned to Evin Prison. Prison authorities beat him and moved him to the Greater Tehran Penitentiary to get him to call off his hunger strike, but he refused.

On the eve of Persian New Year in 2018, Mazloumi sent a message to the families of political prisoners, saying, “Today, I went to the prison to visit my son, but they prevented our visit. They said I cannot visit him because he has been transferred to another ward. They broke my heart and my heart broke into one thousand pieces… Our children are imprisoned for freedom. They want freedom so that all the people can live together in peace and friendship.”

Previously, Mazloumi has said that she is tortured by the regime’s treatment of Arabi and does not know how she will live with it.

She said: “How can I bear this suffering? Can my heart endure all this torture? Is the life and youth of our children so worthless? Every time I went to court, they gave me an uppity answer. Who will answer my plea from all this oppression?”

Arabi, 32, who is married and has a young daughter, was imprisoned for posting things critical of the clerical regime on Facebook. He spent four-and-a-half years in Evin Prison, before being transferred to the Greater Tehran’s Penitentiary (Fashafouyeh Prison) in February 2018.

He is being detained under harsh conditions; subjected to various forms of mental and physical tortures. He has completed three lengthy hunger strikes in protest at the brutal mistreatment of prisoners by the prison guards and interrogators.