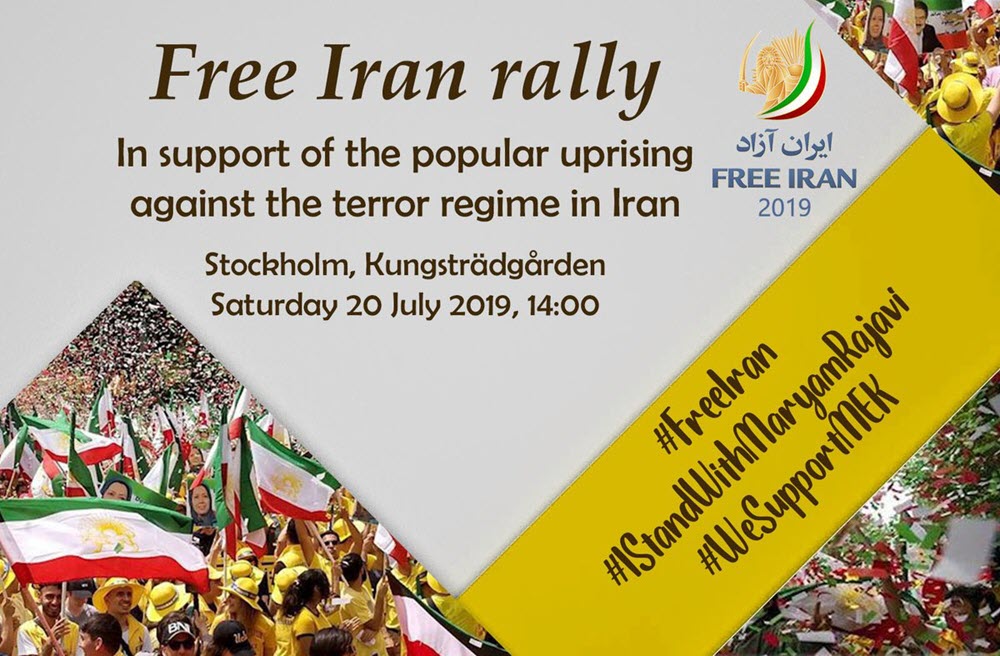 Supporters of the main democratic Iranian opposition group to the mullahs’ regime, the People’s Mojahedin Organization of Iran (PMOI), also known as the Mujahedin e Khalq (MEK), will rally in Stockholm on Saturday to urge European government to end their appeasement policy towards the mullahs’ dictatorship in Iran and instead recognize the right of Iranian people to overthrow their dictators.

The International community, and specifically the EU, must recognize that resistance is the Iranian people’s right to establish the sovereignty of the people of Iran, the MEK supporters will say in the demonstration in the Swedish capital on Saturday, July 20, 2019.

Prominent Swedish dignitaries and lawmakers are scheduled to speak at Saturday’s march and rally.

The march is being held against a backdrop of international tensions over the Iranian regime’s violations of the 2015 international nuclear deal and its recent spate of terrorist attacks in the region.

The march by supporters of the MEK (PMOI) will follow ‘Free Iran’ marches in June and July by MEK supporters in Berlin, Brussels and Washington in solidarity with the anti-regime protests that have rocked Iran since December 2017.

The Iranian opposition held its annual ‘Free Iran’ conference on July 13, 2019 at ‘Ashraf 3’, the headquarters of the People’s Mojahedin Organization of Iran (Mujahedin-e Khalq, MEK or PMOI) in Albania. Hundreds of lawmakers, officials and dignitaries from around the world flocked to Albania to join the 2019 Free Iran conference. Iranian opposition leader Maryam Rajavi was the event’s keynote speaker.