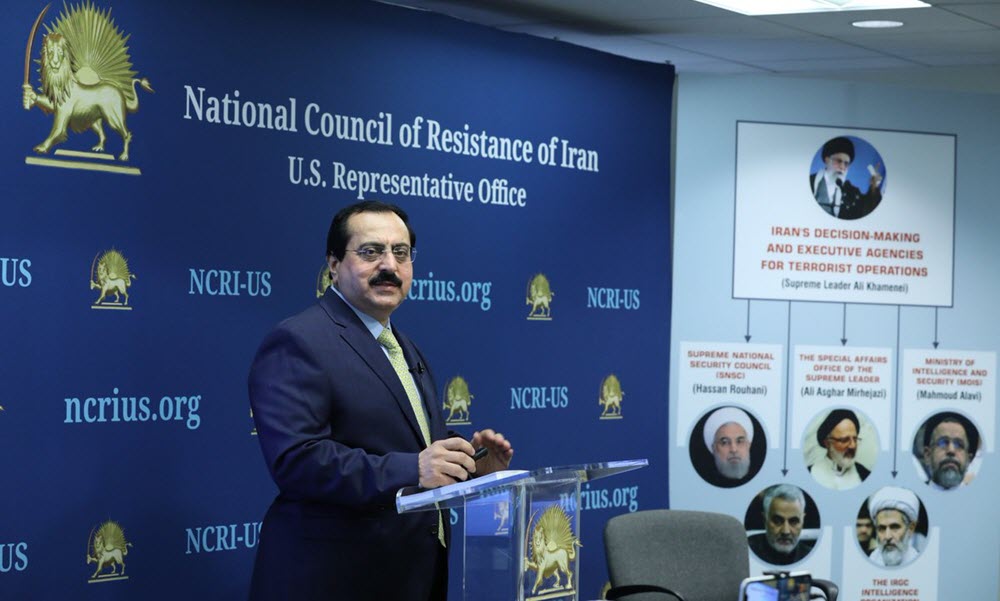 The US office of the National Council of Resistance of Iran (NCRI-US) held a press briefing to explain to close partnership between Iran’s Ministry of Intelligence and Security (MOIS) and the Ministry of Foreign Affairs when it comes to planning and carrying out terror operations abroad.

NCRI-US Deputy Director Alireza Jafarzadeh discussed at length why Iran would choose to conduct terror activities on Western soil at such a critical diplomatic and political juncture, how the decision-making process works, what role Supreme Leader Ali Khamenei plays, which agencies are involved, and the nexus between the MOIS and the Islamic Revolutionary Guard Corps (IRGC).

The event, moderated by US Ambassador Adam Ereli, coincided with the publication of the NCRI-US’ latest book, “Iran’s Emissaries of Terror: How mullahs’ embassies run the network of espionage and murder.” 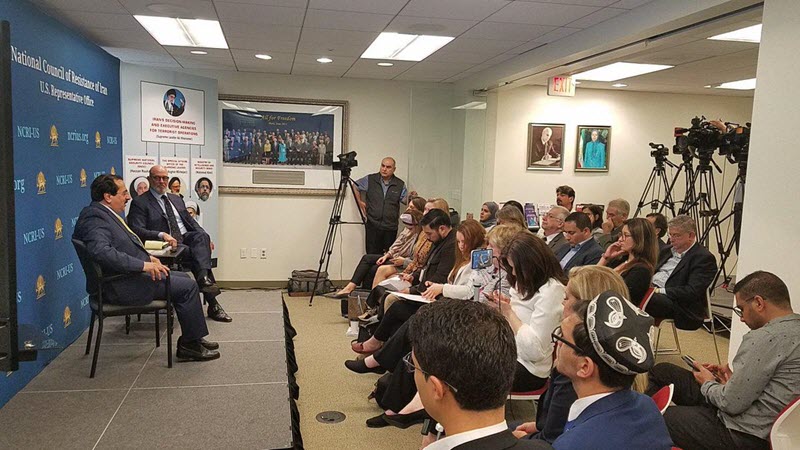 In 2018, there was a marked increase in Iranian terror plots on Western soil, with Jafarzadeh specifically discussing 10 incidents that took place in the US, the UK, Germany, Denmark, the Netherlands, and Albania. He noted that these were not carried out by rogue elements, but planned at the highest levels of the Iranian government, including Khamenei. Indeed, one of the Regime’s diplomats to Vienna is currently in prison for his role in the attempted attack on France in June 2018, while five other “diplomats” were expelled by European nations and several MOIS agents are being held on terrorism and espionage charges.

Jafarzadeh said: “There are five major decision-makers in Iran, but ultimately everything boils down to the Supreme Leader, Khamenei… The lead agency that has been involved in terrorism in Western countries is the Ministry of Intelligence (MOIS).”

The decision makers include:

How can the West tackle this threat? By expelling Iranian agents and diplomats, closing Iranian embassies, sanctioning Iranian exports, and blacklisting the IRGC and the MOIS.

Jafarzadeh said: “Embassies provide cover to the MOIS to allow them to exploit diplomatic immunity & diplomatic pouches in order to carry out terrorist attacks. When terrorists are caught, their job is to explain it away and get their terrorists back to Tehran.”

He continued: “What we are calling for is closing the Iranian regime’s embassies. These diplomatic relations have allowed the regime to plot terrorist attacks and assassinations in the West.” 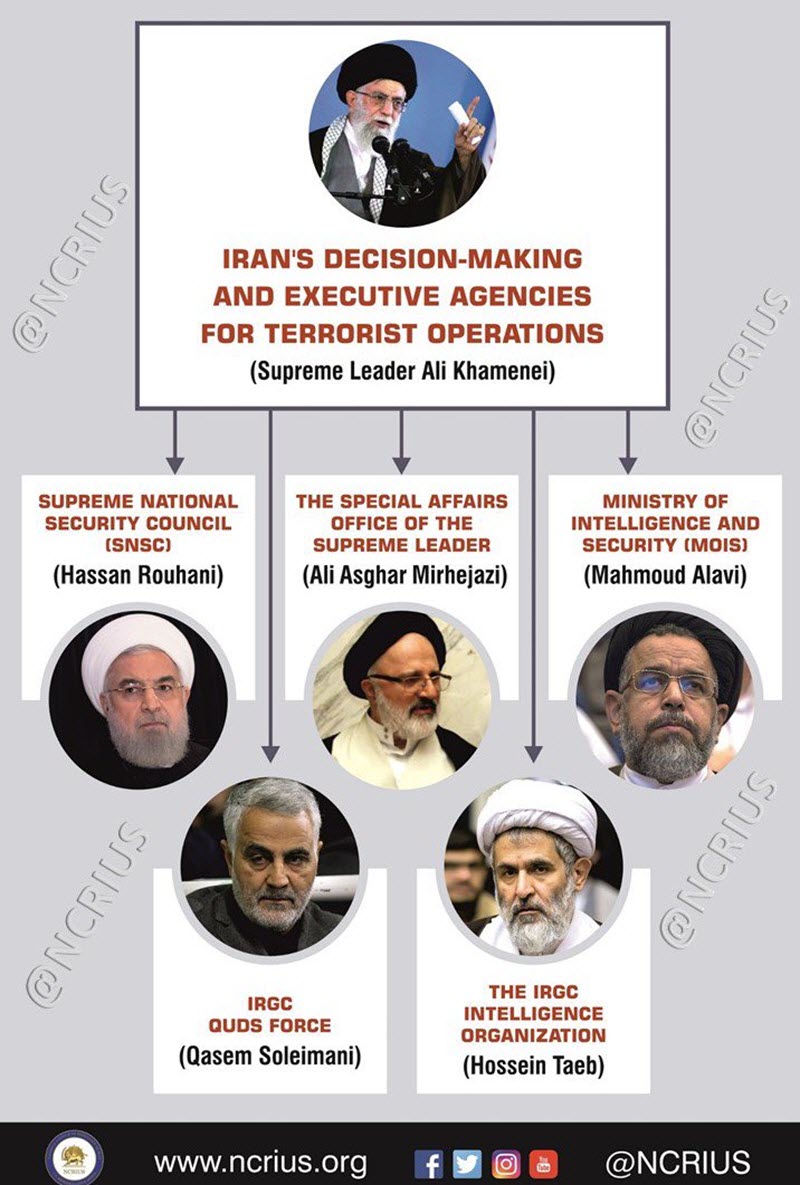