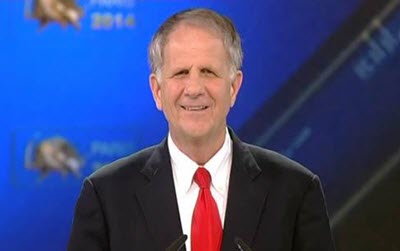 The Iranian regime’s scientists have been present at nearly every major North Korean missile test for decades, U.S. Congressman Ted Poe says, adding that in the aftermath of the world powers’ nuclear deal with Iran’s regime the danger from the Iran-North Korea strategic alliance is even greater.

“A satellite flying in space over the American Super Bowl, unprovoked missile launches, the test of a so-called hydrogen bomb and threats to destroy Manhattan. This is just a snapshot of what North Korea has been up to this year alone. Although the circumstances and truth surrounding each of these actions remain murky, it’s probably safe to assume that Iranian experts were on site to witness these latest violations of international law. Why? Because Iranian scientists have been present at nearly every major North Korean missile test for decades,” Rep. Poe wrote in The Hill on Wednesday.

“The history of the strategic alliance between Iran and North Korea stretches back decades to the aftermath of Iran’s 1979 Islamic Revolution. Sanctioned by the Carter administration, the newly founded Islamic Republic turned to North Korea to replenish its military arsenal with Scud missiles during the 1980-1988 Iran-Iraq war. By the end of the decade, North Korea and China were supplying Iran with 70 percent of its arms,” he wrote.

“Fast forward to the 1990s and Iran and North Korea moved on to collaborating on development of long-range ballistic missiles. North Korea’s nuclear-capable Nodong missile became the basis for the Iranian Shahab missile series which currently threatens Israel, our other Middle Eastern allies, and even Central Europe. By the beginning of the 2000s, the Iranians were returning the favor, giving North Korea sensitive data from their own tests to improve North Korean missile systems.”

“This dangerous alliance does not just end with ballistic missiles, however. There is growing evidence suggesting long-term nuclear cooperation between Iran and North Korea. Media reports dating back to the 1990s indicate collaboration between the two rogue countries in the nuclear field. Reports from 1993 claimed that the Iranians financed North Korea’s nuclear program to the tune of $500 million in return for nuclear technology. South Korean news outlets rang the alarm in 2011, alleging that hundreds of North Korean nuclear and missile experts were working in Iran, including at the facility in Natanz where centrifuges will continue spinning under the Joint Comprehensive Plan of Action (JCPOA).”

“Intelligence provided to the International Atomic Energy Agency appear to corroborate reports of nuclear collaboration, indicating that North Korea transferred ‘crucial technology’ to Iran including mathematical formulas and codes for nuclear warhead design. Over the summer, an Iranian opposition group claimed that nuclear expert delegations from North Korea had traveled to Iran three times in 2015 alone, meeting with high-level Iranian officials including those responsible for nuclear warhead design. In early 2016 North Korea made headway in its nuclear program, conducting its fourth nuclear test ‘in the face of nuclear threats and blackmail by the United States,’ according to Pyongyang.”

“In the aftermath of the JCPOA, the danger from the Iran-North Korea strategic alliance is even greater. Iran has already begun to receive billions of dollars as the result of this deal and cash-strapped North Korea would be more than willing to continue this covert relationship. North Korea can also possibly supply Iran with a nuclear backstop – a method to covertly continue nuclear research and development restricted under the deal through their tried and true secret procurement channels. Iran can then follow in the footsteps of its North Korean partner – agree to the deal for sanctions relief and then breakout when convenient.”

We must also remember that this strong relationship between Iran and North Korea was forged in secrecy – we do not even know the full extent of their collaboration,” Rep. Poe added.

Judge Ted Poe is a member of the Foreign Affairs and the Judiciary committees of the U.S. House of Representatives.

On September 21, the United States Departments of State, Treasury, and Commerce imposed new sanctions on the Iranian regime for its malign activities and...
Read more
News: Iran Resistance

On Friday, lawmakers from both across Europe and the United States gathered virtually for a “Trans-Atlantic Summit on Iran Policy.” The event was hosted...
Read more
News: Iran Resistance