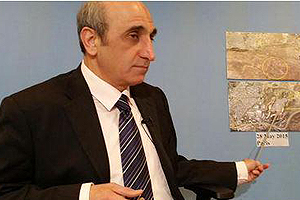 Those that visited this year stayed in the special guest house of the AIO near a Hemat Industries site in the Khojeir area, located in North-east of Tehran.
According to complied reports, delegations of experts and commanders of the IRGC and MoD, particularly those in the fields of nuclear and missile-related activities visit North Korea regularly.

The Iranian resistance exposed the activities and work on a nuclear warhead in Khojeir area in February 2008.