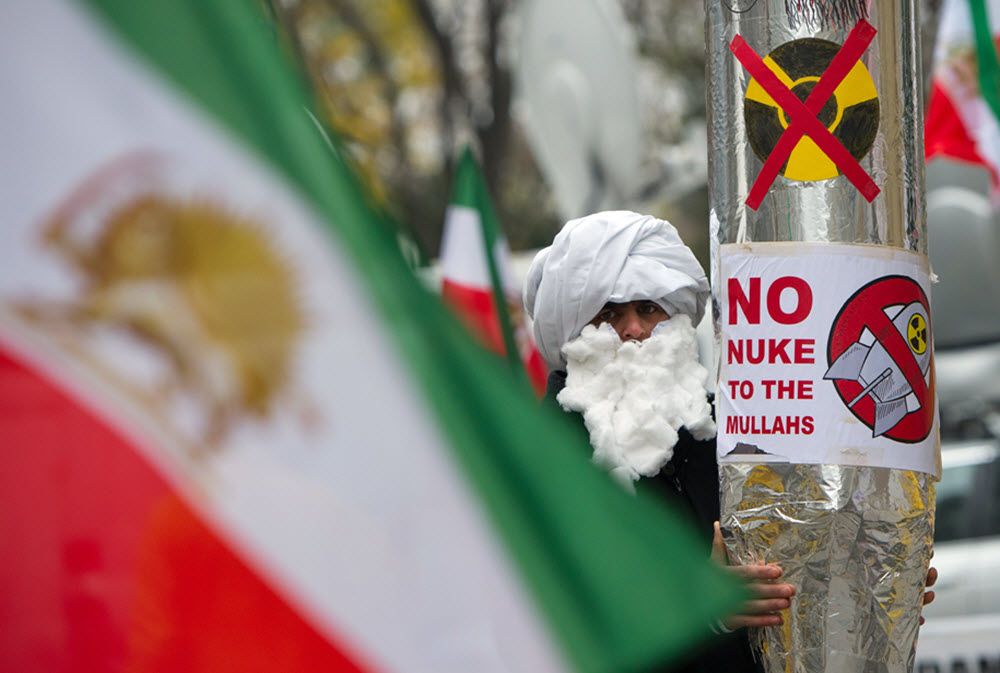 The United States said the regime's decision amounts to "nuclear blackmail" and must be met with "increased international pressure."

White House National Security Council spokesman Garrett Marquis made the comments on June 17 after the Iranian regime followed through on its threats to further scale back its compliance with the agreement that curbed Tehran's nuclear program in exchange for relief from crippling economic sanctions.

The Western European signatories to the pact -- France, Britain, and Germany -- insisted that Tehran stick to its commitments under the deal. Paris urged Tehran to be "patient and responsible," while London said it would “look at all options” if Tehran fails to abide to the agreement.

The accord limits the Iranian regime's stock of low-enriched uranium at 300 kilograms of uranium hexafluoride enriched to 3.67 percent, or its equivalent, for 15 years.

In Washington, Marquis said that the Iranian regime's uranium enrichment plans “are only possible because the horrible nuclear deal left their capabilities intact."

President Donald Trump "has made it clear that he will never allow Iran to develop nuclear weapons," the White House National Security Council spokesman said, adding: "The regime's nuclear blackmail must be met with increased international pressure."

Macron reiterated that he favors maintaining the nuclear deal but wants new talks to encompass the regime's ballistic missile activities.

A spokesman for U.K. Prime Minister Theresa May said her government had been "clear about our concern at Iranian plans to reduce compliance" with the nuclear agreement.

"Should Iran cease meeting its nuclear commitments, we would then look at all options available to us," the spokesman said.

German Foreign Minister Heiko Maas said that it is "incumbent upon Iran to remain committed to its responsibilities."

"Iran cannot just tell the other parties to the deal they must do more, and itself do less than is in this accord," Maas said in Luxembourg.