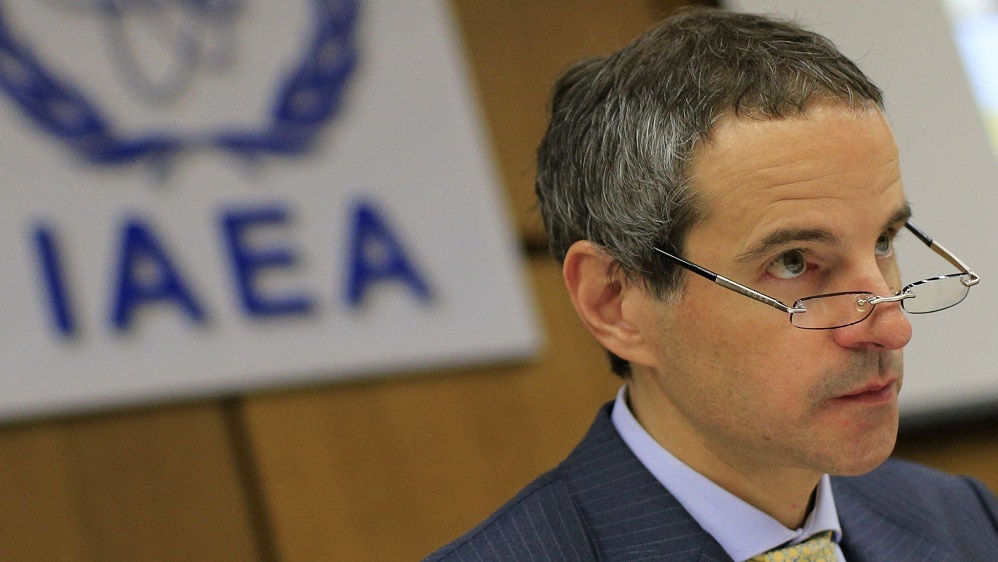 Rafael Grossi, an Argentine diplomat and contender to take over as head of the International Atomic Energy Agency (IAEA), has waded into the debate with a scything attack on the Iranian regime’s uranium build up. The diplomat said the UN nuclear watchdog must be unyielding in reporting any failures to comply with the 2015 nuclear deal and must tell it as it is in their role to check compliance with the terms of the deal.

He added that the Iranian regime's increase in uranium enrichment was a serious matter which needed to be handled prudently to make sure stability was restored.

Tehran announced in May that it would step up nuclear enrichment activities in violation of the 2015 nuclear deal.

The fallout comes after U.S. President Donald Trump pulled out of the deal last year, before imposing a series of strict sanctions on the regime.

The deal has been struck to keep Iran's regime from generating enough technology to make a nuclear weapon, with a breakthrough said to be just over one year away.

Speaking to the Financial Times, Mr Grossi said it was unclear on whether their uranium enrichment increase was a protest move at U.S. sanctions or a deliberate accelerated effort which could develop into a more problematic solution.

Mr Grossi added: “These situations evolve and change. We are not definitely going into an abyss, or to nirvana. International life is a bit more complex.”

“But we need to make sure that we have all the elements for diplomacy, in every case, to avoid a terminal crisis.”

His comments come in the wake of a tense situation between Washington and Tehran.

Local news agencies reported the operation was carried out last Wednesday near Farsi, with the tanker reportedly taken to a port in south-western Iran.

Iraq’s oil minister said it had no connection with the ship, with port officials telling Reuters the ship may have belonged to a private shipping company owned by an Iraqi trader.

British tanker, Stena Impero, was also seized by Iran's regime last month in the Strait of Hormuz after the boat was surrounded by IRGC vessels and helicopters.

The move was condemned by the British government with former Foreign Secretary Jeremy Hunt adding there would be serious consequences if Iran's regime did not release then ship.

The Iranian regime has also shot down a U.S. surveillance drone over international waters as tensions reach boiling point.