Iran Stealing Its Own Oil Tanker: A Continuous Scandal 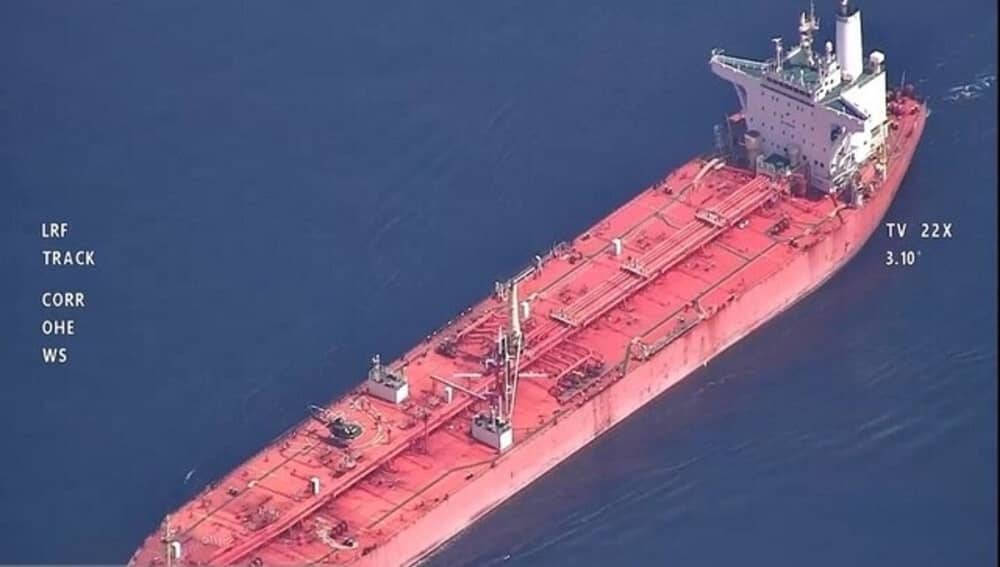 Days after smokes and mirrors from Tehran celebrating its victory of “thwarting the global arrogance’s” attempt to “steal an Iranian oil tanker”, statements by Iran’s officials and state media unearth the motives of this reckless move.

On November 4, Iran’s state-TV bragged about “a timely and authoritative action of the Revolutionary Guards’ naval forces” that had prevented the “the U.S. terrorist navy’s operation to steal Iranian oil in the Sea of Oman”.

Pentagon called the statement a “bogus claim”. It was soon revealed that Tehran had seized a Vietnamese-flagged oil tanker in October, identified as SOUTHYS. Tanker Trackers website revealed that SOUTHYS was, in fact carrying “700,000 barrels of Iranian crude oil to China but was rejected”.

According to the state-run Sharq daily on November 6, “China does not allow some of our tankers to unload under the pretext of environmental problems or violation of the U.S. sanctions. Therefore, some of the tankers are eventually forced to return to Iranian waters.”

SOTHYS attempted to make a delivery of 700,000 barrels of Iranian crude oil to China but was rejected. SOTHYS then sailed all the way back to Iran and dropped anchor in Bandar Abbas. Yesterday she was relocated to the Strait of Hormuz. pic.twitter.com/Y9JRYWJEbq

Now Iran’s state media and officials mock what Tehran presented as a victory on the eve of the Iran hostage crisis on November 4. But many observers and political analysts described the action as a part of the regime’s modus-operandi of using terrorism as leverage before the new round of nuclear talks in Vienna.

“The news of seizing the Vietnamese tanker was published exactly on the eve of November 4. This timing has raised various debates about the motives and the subsequent effects of this action on the Iran-West nuclear talks,” wrote the state-run Hamdeli daily on November 6.

On Friday, Mohammad Ali Ale-Hashem, the representative of the regime’s Supreme Leader, Ali Khamenei in Iran’s East Azerbaijan province, called the entire flagrant oil tanker seizing as an attempt to “weaken the U.S. positions in the nuclear talks” and “increase the rift between the U.S. and France”.

“The operation of the IRGC’s naval forces on Wednesday and liberating an Iranian oil tanker was very important,” Al Hashem claimed. “The incident on the eve of the Vienna talks weakens the morale of the U.S. team as it must lower its position facing Iran’s offensive power. Iran’s recent military action will alienate France from the United States in Vienna summit,” he added.

The regime continues its belligerent actions in the international waters because its other provocative actions have been left without a response. The regime took the risk of making an international fiasco ahead of the nuclear talks to revive the 2015 deal, formally known as the Joint Comprehensive Plan of Action (JCPOA).

As I had earlier stated, the regime had two goals. First, it wanted to put pressure on Western powers to offer more concessions to Tehran. Secondly, Tehran needs to boost the morale of its forces who face a restive society, especially on the eve of the anniversary of major Iran protests in November 2019.

As the state-run Mostaghel daily acknowledged on October 30, the regime needs its repressive forces as “the political system in Iran has been facing the crises of political legitimacy, economic efficiency, and structural corruption for many years.”

Another aspect revealed in the ridiculous military maneuvering was the regime’s institutionalized corruption. The IRGC profits from circumventing sanctions. According to the state-run Hamdeli daily, “Instead of formal oil transactions by tankers, exchanges take place deep in the sea.” Hamdeli adds that “This incident tells us that the informal, non-transparent and maritime economy dominates over the formal and transparent economy.”

Abbass Akhundi, the regime’s former Minister of Urban Development, had acknowledged in an interview that “Twenty-five percent of the $80 billion trade by Tehran’s front companies is spent on circumventing sanctions. In other words, $20 billion is imposed on the country’s spending.”

According to Hamdeli daily, “If $20 billion is the cost of circumventing sanctions, it would certainly be a very high amount to be shared between Iranian [officials] and their foreign partners who bypass sanctions.”

Now, as the dust begins to settle, Tehran’s real motives come into the spotlight. This includes using terrorism and extortion as “leverage” during the upcoming nuclear talks. Tehran’s pugnacious actions would not be curbed through negotiations and concessions. The mullahs in Tehran only understand the language of firmness. The western powers should punish the Iranian regime for its recent piracy and endangering the security of international waters.

Previous articleIran News in Brief – November 8, 2021
Next articleIran: Coronavirus Takes the Lives of 472,600