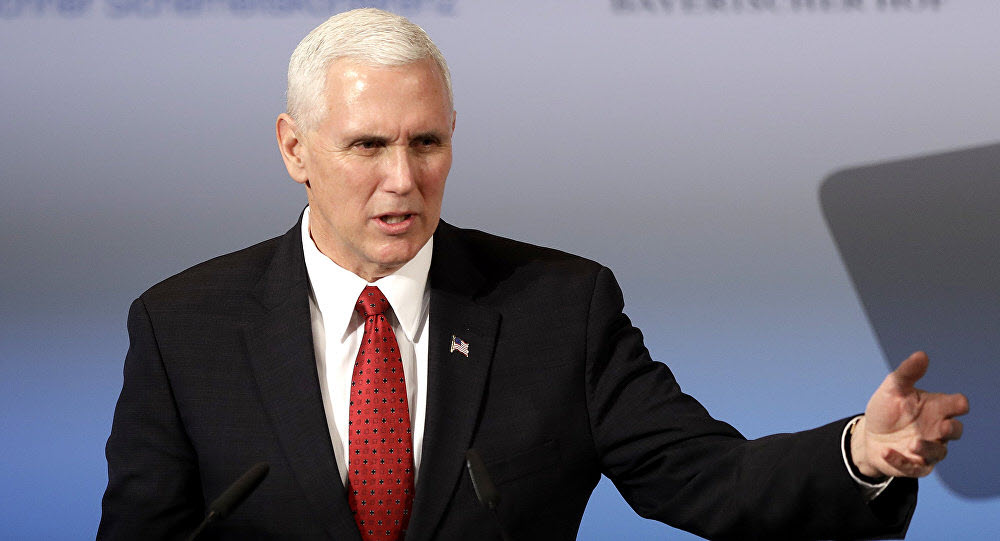 The United States will not waver from its course of maximum pressure against the Iranian regime, U.S. Vice President Mike Pence said Monday, as tensions rise and the U.S.-brokered nuclear deal between the regime and world powers unravels.

Vice President Pence vowed that the U.S. “will never allow Iran to obtain a nuclear weapon.”

Echoing comments made repeatedly by President Donald Trump, Pence said the international accord simply delayed Iran’s regime from obtaining a nuclear weapon by “roughly a decade” and gave away billions in economic relief that the regime could then use to wage terrorist attacks.

Since the U.S. withdrew from the 2015 nuclear deal more than a year ago, the administration has reimposed crippling sanctions on the regime and designated its Revolutionary Guards (IRGC) as a foreign terrorist organization.

“Iran must choose between caring for its people and continuing to fund its proxies who spread violence and terrorism throughout the region and breathe out murderous hatred against Israel,” Pence said.

Pence said the U.S.’s actions have succeeded in “cutting off” the Iranian regime’s ability to support terrorism in the Middle East, but he also charged that the regime had increased its “malign activity and violence in the region” over the past several months.

Tensions in the region have risen in recent weeks after oil tankers were attacked near the Strait of Hormuz and Iran’s regime downed an unmanned U.S. military surveillance drone over international waters. The downing of the drone nearly led to a U.S. military strike against the regime; it was called off by President Trump.

The U.S. has sent thousands of troops, an aircraft carrier, and fighter jets to the Middle East.

“Let me be clear,” Vice President Pence said. ‘Iran should not confuse American restraint with a lack of American resolve.”

“We hope for the best, but the United States of America and our military are prepared to protect our interests and to protect our personnel and citizens in the region,” Pence said.