Western Powers Should Impose Sanctions on Tehran Rather Than Continuing Talks 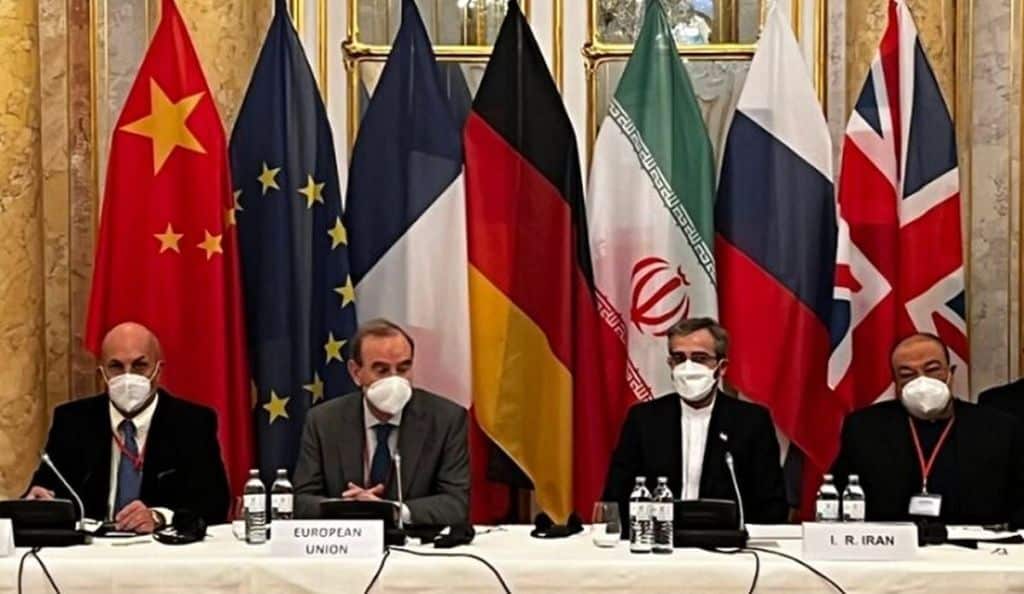 The status of negotiations over the 2015 Iran nuclear deal remained uncertain at the end of the week, as various participants attempted to promote an optimistic outlook but failed to cite any specific points of progress. As soon as the talks resumed in Vienna on December 6 following a five-month delay, the Iranian regime’s extortion tactics and efforts to walk back compromises that had been established during six previous sessions of the talks were highly criticized.

Despite the regime’s nuclear extortion, Enrique Mora, the European Union diplomat who is currently chairing the talks claimed ahead of negotiations on Thursday that he has recognized a “renewed sense of purpose” among all of the negotiating partners, with respect to the need for a resolution that fully revives the 2015 agreement, formally known as the Joint Comprehensive Plan of Action.

Of course, commitment to that outcome has never truly been in doubt. The core problem is that the Iranian regime continues demanding the complete, up-front removal of all sanctions imposed or re-imposed after the US pulled out of the JCPOA in 2018. Despite expressions of optimism from the EU, there is no clear indication that Tehran has stepped back from that demand or offered anything in return. So far, the regime’s firm position has been that it would discuss the reversal of numerous violations of the JCPOA’s terms only after the sanctions relief was verified.

Scattered optimism notwithstanding, the US and the three European signatories to the JCPOA have all publicly recognized the need for alternative measures to hold the regime accountable in the event that it continues to stonewall the negotiating process.

US State Department spokesperson Ned Price spoke to reporters on Thursday and reiterated the notion that Tehran will not be allowed to “play for time” while continuing to accelerate its nuclear activities. He concluded that the regime hopes to use those activities as a source of “additional leverage,” but also noted that that strategy seems to depend upon Iran gambling on American weakness – a wager that he promised the regime would lose.

Yet, Western powers have not stopped appeasing mullahs and giving the regime more time to advance its nuclear program.

The US Department of Defense briefed Biden’s National Security Advisor Jake Sullivan about a range of military options as early as October 25. More recently, CIA Director Bill Burns hinted that the US might demand more than the simple revival of the JCPOA before revoking threats of additional pressure because the nuclear weapons-related knowledge Tehran has acquired since 2019 will be difficult to “sanction away.”

That assessment was previously expressed by Rafael Grossi, the head of the International Atomic Energy Organization when he declared with unusual candor that it is “not possible” for the JCPOA alone to realize its original intent under the current circumstances. Grossi was less upfront about recommendations for how to exert appropriate pressure on the Iranian regime, but before the resumption of the Vienna talks, he agreed to the suggestion that it would be a “good idea” for the IAEA Board of Governors to formally censure Tehran for its violations and its refusal to cooperate.