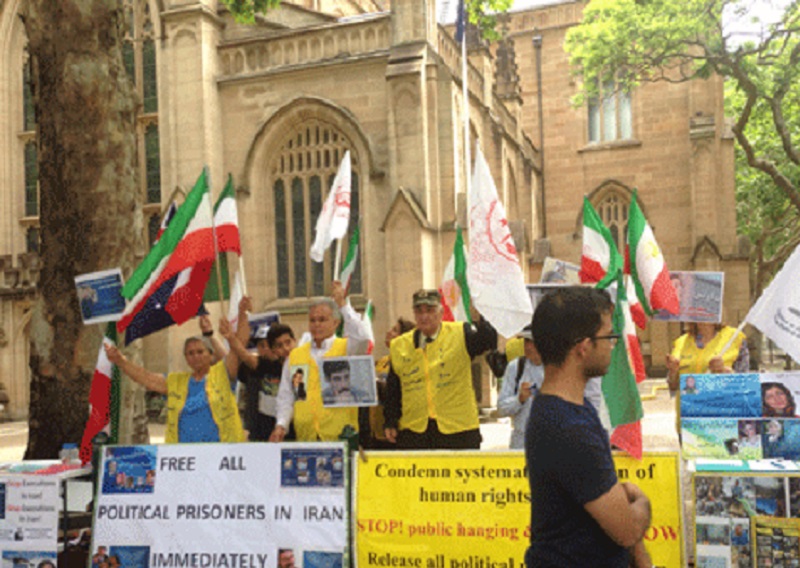 The Committee of the Australian Supporters of Democracy in Iran (CASDI), protested British Broadcasting Corporation (BBC), for its appeasement reportage on &activities of Resistance Units,intl sanctions,visit to Ashraf3 by 350MPs &polititians undermined regime’s strategic pillars,Mullahs grasping at BBC straws 2survive and Lebanon Mean for ? by Struan Stevenson

Overall, the impact of these podcasts was to discredit the MEK as an alternative to the current theocratic dictatorship in Iran, precisely at the moment when the Iranian government is losing
control in Lebanon, Syria, and Iraq, and facing massive internal protest. Genuine service to Tehran.

The programs’ repeated assertion of sexual repression in the MEK– completely uncorroborated – is the strangest aspect of an argument that somehow the current dictatorship is preferable to the democratic Islam promoted by the MEK.

This is a real scandal for the BBC, which I urge you to take action to correct at the earliest opportunity. 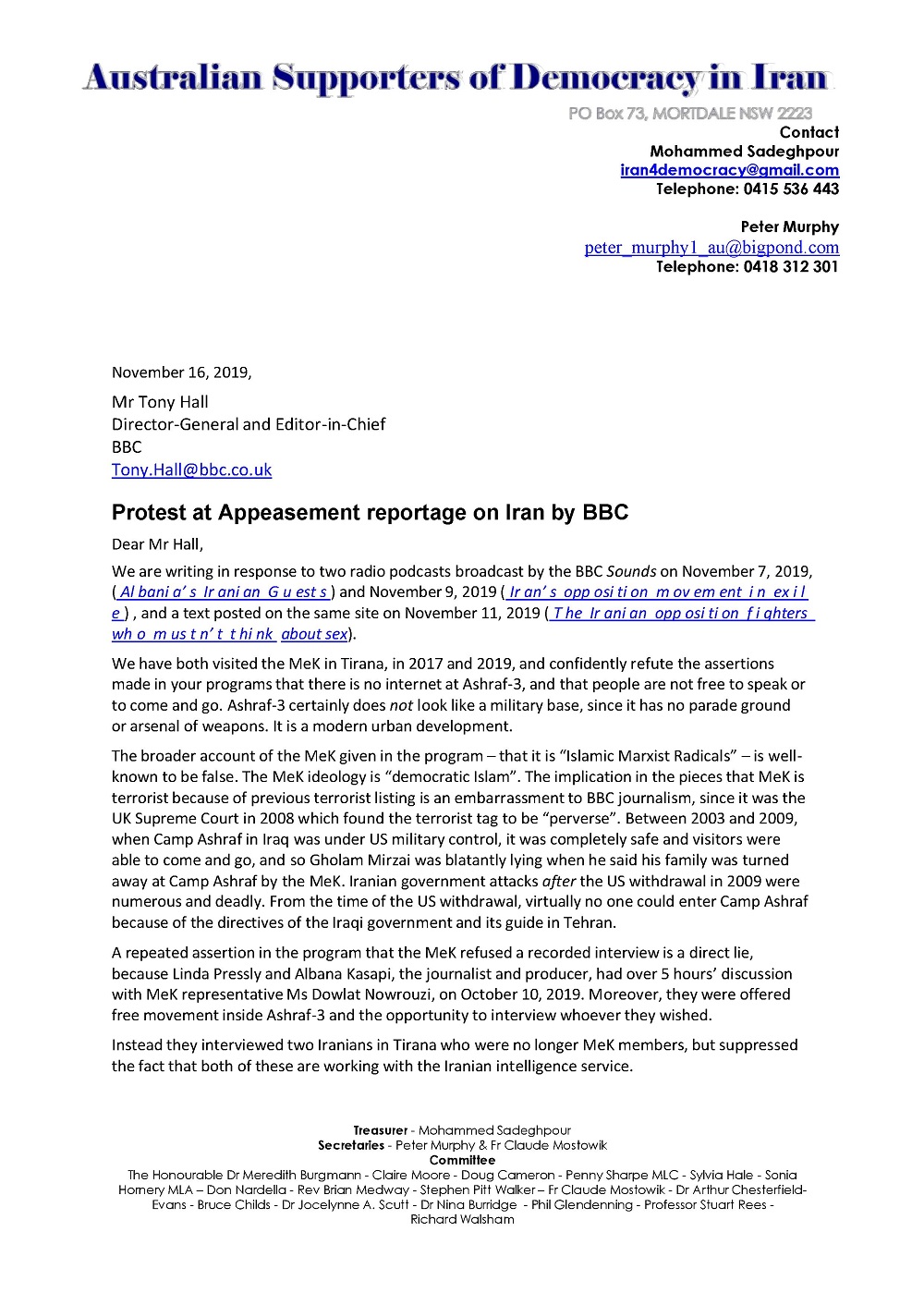 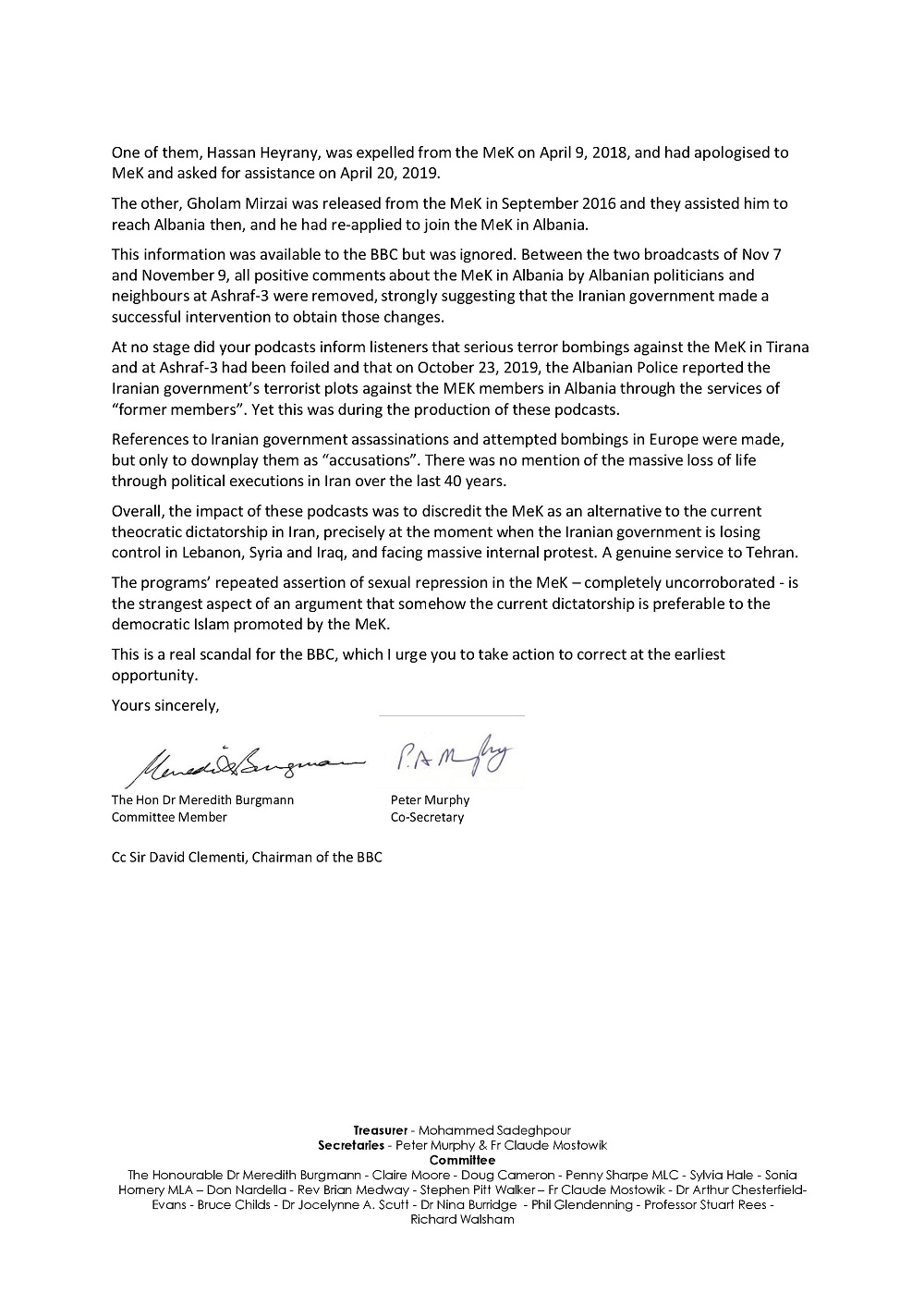