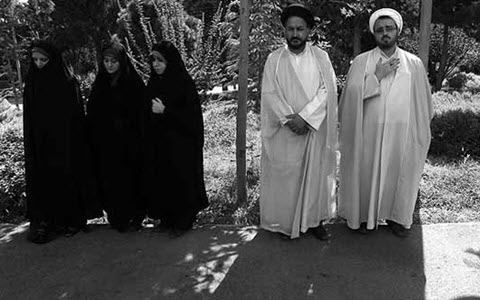 NCRI – Some members of Women’s Parliamentary Fraction have reported that the clerics do not approve the parliament’s plan to amend the age of marriage.

The Vice-President of Women’s Parliamentary Fraction, Fatemeh Zolghadr, in an interview with ILNA News stated that the religious references (Marja) do not approve the change in the age of marriage.

The member of Women’s Fraction, Tayebeh Siavashi in an interview with KhabarOnline also stated that the plan to amend the age of marriage has been rejected.

The member of regime’s Healthcare Committee, Ahmad Hamzeh also opposes this plan. He said that the increase in the age of marriage is an effective factor in reducing the birth rate in the country.

According to Iran’s laws, the minimum age of marriage for girls is 13 years, but there are also provisions such as “the parental authority for children” which allows girls to marry at the age of 9.

The Vice-President of Women’s Fraction admitted that, “We have girls who are married to 40, 50, or even 60-year-old men with the permission of the father at the age of 9 due to court’s disagreement while nobody complains or opposes against such cases.”

Most teen marriages in Iran are recorded in the border provinces such as Sistan and Baluchestan, Hormozgan, and Kurdistan.