People of Iran Are the Force Behind Regime Change 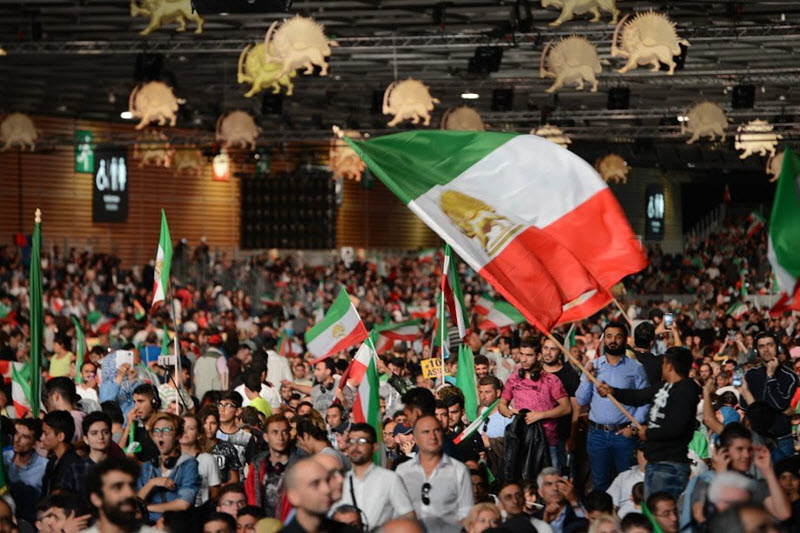 The people of Iran are in dire need of regime change. For decades, they have lived under immense suppression and they have been denied freedom, democracy and human rights. The people have been calling out for the Iranian regime to leave Syria and to concentrate on the pressing domestic issues, but they know that the ultimate goal, if Iran is ever to be free, is the overthrow of the mullahs.

Just like they did in the major uprising and protests that started in December last year, the people are still in the streets and are heard chanting “Down with the Dictator”, “Down with the Supreme Leader”.
The people of Iran are brave because they know that when they take to the streets to protest, they are opening themselves up to the possibility of physical injury or arrest. They also risk imprisonment and execution.

The National Council of Resistance of Iran (NCRI), the main opposition to the Iranian regime, has been standing behind the people, encouraging them to remain steadfast against the regime and reassuring them that major efforts are being made on their behalf outside the country.

On 30th June, the NCRI will be holding its annual Free Iran gathering in Paris. It has traditionally been attended by tens of thousands of Iranians from around the world and every year there is more and more progress happening.

Regime change is closer than ever. The people want it and they will be the force behind it, but they also need to be supported by the international community.

It is in the best interests of the international community to advocate regime change in Iran because once the clerical regime has been replaced by an alternative that pursues peace and stability in the region, the numerous conflicts will start to die down. Iran is involved, in one way or another, with all of the major crises in the Middle East and it is the number one state sponsor of terror.

The Iranian regime knows that it is on the verge of collapse and it is desperately trying to keep its grasp on power. At the NCRI’s major gathering last year, government officials, human rights advocates, dignitaries and lawmakers from across the world expressed their excitement that change is so close in Iran. It is just this last hurdle that needs to be overcome.

The Iranian opposition has huge support from people both inside and outside Iran and the People’s Mujahedin Organisation of Iran (PMOI or MEK) has a huge hidden network inside the country.

The leader of the NCRI, Mrs. Maryam Rajavi, has called on the people of Iran, especially the youth, to continue protesting until the regime finally topples.

The only thing missing is a firmer approach from the international community with regards to the systematic violation of human rights. It is essential that the people of Iran are supported and the regime is made to realise that it will not be allowed to bask in impunity forever.

Previous articleIRAN: Fourth Day of Strike and Protest in Tehran Despite Massive Crackdowns
Next articleUS Calls for All Countries to Reduce Imports of Iranian Oil to Zero