Pompeo: Iran’s Mullahs Must Decide to Feed the Iranian People 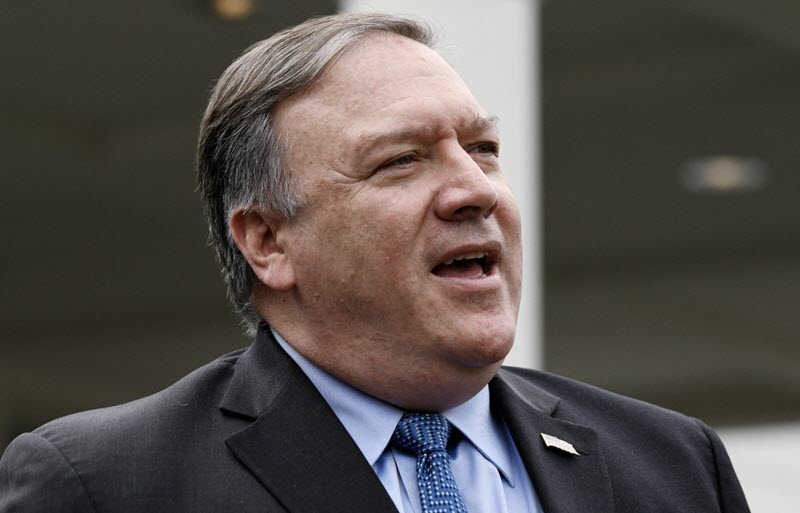 US Secretary of State Mike Pompeo told BBC Persia that the Iranian regime’s leaders must decide whether the Iranian people should eat; just days after the Trump administration imposed the “harshest sanctions ever” on Iran.

1) Ensure that “things that are sanctioned don’t happen”

2) Ensure the “things that are permitted to happen are permissible, and can in fact happen”.

However, he advised that while the US would do everything in its power to help the Iranian people to survive during the sanctions that are aimed at changing the Iranian Regime’s malign behaviour, they could not control the Regime’s actions.

These comments come just days after Pompeo tweeted his support for the Iranian people and explained that US sanctions “do not apply to the sale of food, agriculture, medicine, and medical devices”.

While Brian Hook, the state department’s special envoy on Iran, explained that any hesitation on the export of humanitarian goods is not down to the US.

On Friday, Hook told reporters: “The burden is not on the United States to identify the safe channels … We have done our part to permit the sale of humanitarian goods to Iran. That is our part. That is our role. Iran has a role to make these transactions possible. Banks do not have confidence in Iran’s banking system … That’s Iran’s problem; it is not our problem.”

Iran is in the midst of an economic crisis, which was exacerbated by the US sanctions but began long before, thanks to decades of corruption and mismanagement by the mullahs.

The Iranian people are struggling to deal with the rapidly rising costs of basic necessities as their currency has lost 70% of its value over the past year, which has led to widespread unemployment, high inflation, and an increase in suicide attempts.

Previous articleThe US Still Wants Iran Exports Cut to Zero
Next articleSyria Envoy: The Us Will Pressure Iran Both Financially and Militarily