Pompeo Says U.S. Will Act to Deter Iranian Regime From Attacks in the Gulf 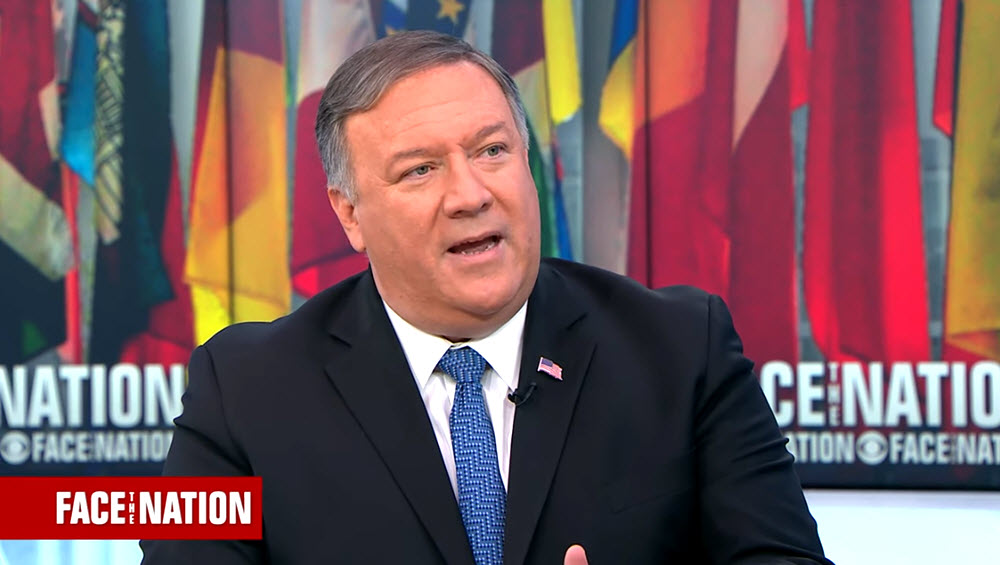 The United States does not want to go to war with the Iranian regime but will take every action necessary, including diplomacy, to guarantee safe navigation through vital shipping lanes in the Middle East, U.S. Secretary of State Mike Pompeo said on Sunday.

U.S.-Iran tensions are high following accusations by the U.S. administration that Tehran carried out attacks last Thursday on two oil tankers in the Gulf of Oman, a vital oil shipping route.

“We don’t want war. We’ve done what we can to deter this,” Pompeo said in an interview with ‘Fox News Sunday’, adding: “The Iranians should understand very clearly that we will continue to take actions that deter Iran from engaging in this kind of behavior.”

Pompeo, a former director of the Central Intelligence Agency, also defended the administration’s conclusion that the Iranian regime was behind the attack, saying there was other evidence beyond video footage released last week. “The intelligence community has lots of data, lots of evidence. The world will come to see much of it.”

Saudi Arabia on Saturday joined the United States in blaming Iran’s regime for the attacks and called for the international community to take swift action to secure Gulf energy supplies.

Pompeo said the United States would take “all actions necessary, diplomatic and otherwise” to guarantee safe passage through vital shipping lanes, without providing further details. The secretary of state said the U.S. was discussing a possible international response, saying he had made a number of calls to foreign officials on Saturday regarding the attacks.

He cited China, Japan, South Korea and Indonesia as countries that rely heavily on freedom of navigation through the Strait of Hormuz. “I’m confident that when they see the risk, the risk of their own economies and their own people and outrageous behavior of the Islamic Republic of Iran, they will join us in this.”

In a separate television interview with CBS’ “Face the Nation,” Pompeo left open the possibility of U.S. military action in the region but declined to discuss what form that might take.

Reuters reported that some conservative congressional Republicans on Sunday called on the Trump administration to take a tough stance.

Previous articleRemarks by NCRI’s Mohammad Mohaddessin at the Free Iran Rally in Brussels
Next articleIran news in brief, June 7, 2019