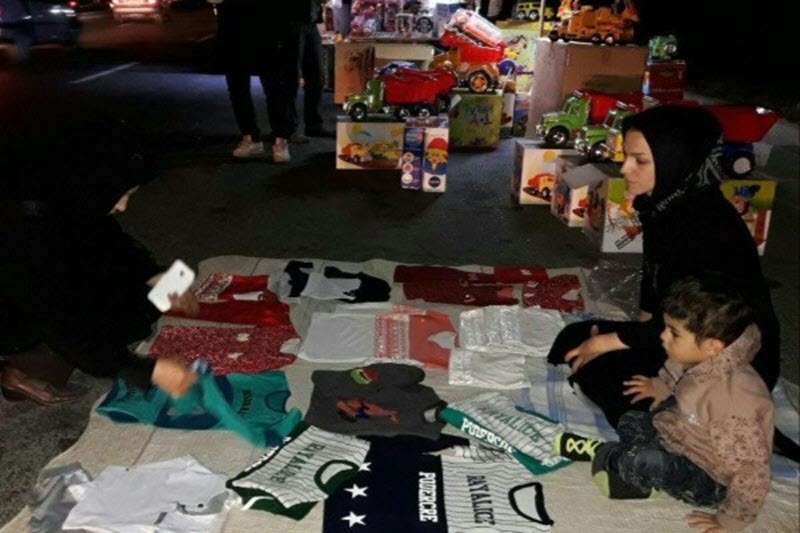 Atousa Abbasi, the record holder of women’s bicycling in Iran, has been forced into street vending to earn her living due to the regime’s abysmal economic policies that have all but destroyed the livelihood of ordinary Iranians.

Atousa Abbasi and her husband, a former cycling coach, and their child live in a rented parking lot. Her husband is now a driver transporting passengers.

Atousa Abbasi is the first medal winner among women in the Asian tournaments. She holds the record of speed since 2014, but now has to peddle on the streets while taking her 3-year-old child with her in order to make ends meet.

In a video clip circulating on social media, Abbasi says, “During the three years that I was away from bicycling to raise my child, nobody has been able to break my record.” She shows the numerous medals she had won, adding that no one has given her support.

She has been deprived of participating in cycling tournaments in 2017, according to the state-run Mashreq website (October 18, 2017).

Also, Sousan Rashidi, who has been the champion of women’s kick boxing for eleven terms, is now training under difficult conditions for foreign tournaments. She is a nomad girl living in Kermanshah, in western Iran, according to the state-run Fararu website (October 18, 2017).

Due to poverty and the special conditions of her family, she has to work in the village from early in the morning, including baking bread, taking the sheep for grazing, bringing log wood and other strenuous tasks. She does not even have her own birth certificate and uses her deceased sister’s birth certificate.

“I became a champion for nine terms, but I did not receive any prize for these wins,” she added, according to the state-run ISNA news agency (December 26, 2016).

In another report on women’s poverty in Iran under the rule of the mullahs, a young woman who is a PhD student in Computer Engineering has offered to sell her kidney. On Tuesday, July 23, 2019, the 30-year-old PhD student posted an ad on the walls to sell her kidney and provide for the medical expenses of her disabled mother, housing rent, and her sister’s wedding, according to the Women’s Committee of the National Council of Resistance of Iran.