Pregnant Woman Dies After Committing Suicide Due to Poverty in Iran 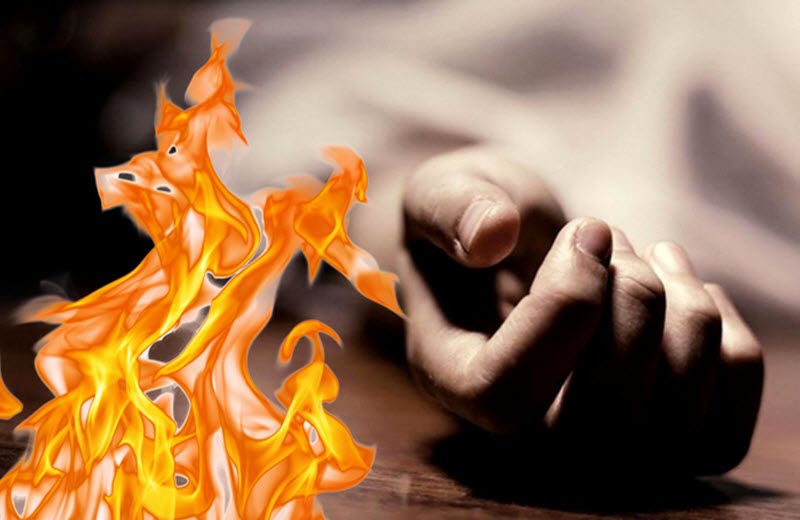 A pregnant woman has died after setting herself on fire in Kermanshah, Iran, as a result of extreme poverty in yet another case of the economic crisis literally killing the Iranian people.

The 30-year-old woman, identified as Fereshteh Kahrarian, and her partner doused themselves in gasoline before setting fire to themselves on Wednesday, March 6.

The baby, who suffered burns, was taken out of its mother’s womb alive but is being kept in an incubator. The father also survived despite serious injuries.

According to the women’s committee of the NCRI, this sad case is far from the first instance of someone committing suicide in Iran due to poverty:

o Leila Ramazani, 24, from Salas-e Babajani, died in hospital after also setting herself on fire. She left behind a husband and a one-year-old child

o Parisa Nazari, 25, from Sarpol-e Zahab, hanged herself. She left behind two children.

o Shab-bou Bayazid Panah, from a village in Mashad, hanged herself

o A young mother from Kermanshah hanged her two sons – Ali-Reza, 6, and Amir-Abbas, 3, before hanging herself

• November and December: At least 16 people committed suicide due to poverty and severe economic hardship

• October: A father killed his wife and 9-year-old daughter with a needle gun before committing suicide

• September: A woman in Ilam committed suicide by taking pesticides, while her husband did the same thing upon being told there was no hope for his wife’s recovery
Suicide rates in Iran have increased dramatically over the past 40 years, traversing race, age, social class, and gender, but it is most heavily felt in the deprived provinces by women and young people. It is effectively a “humanitarian catastrophe” and an “epidemic”.

The state-run Khabar Online website reported that suicide rates increased by 66% amongst women and 71% amongst men in the period 2011-2015, while suicide rates are also very high among young people, but that relevant organisations often refuse to publish the statistics.

In 2017 alone, over 3,300 women committed suicide in Iran, according to Mohammad Mehdi Tondgooyan, the Deputy for Youth Affairs at the Ministry of Sports and Youth.

Tondgooyan said that this accounted for two-thirds of the 4,992 overall suicides, which translates to nine women committing suicide each day.

However, it is likely that actual figures are much higher given the Regime’s lack of transparency and failure to accurately register data.