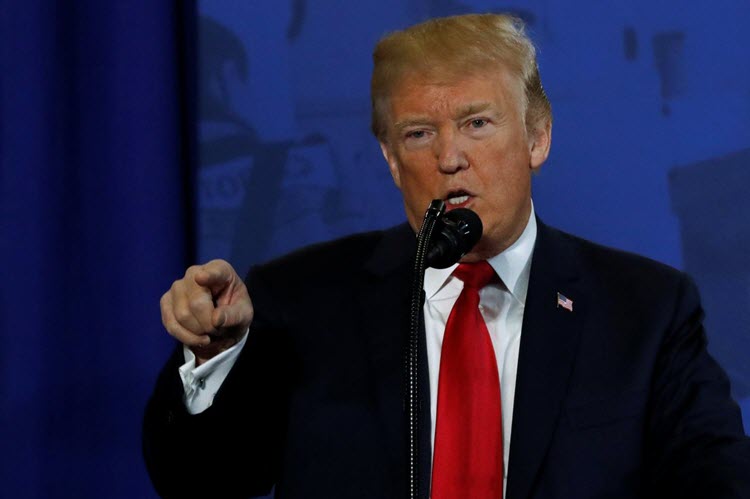 NCRI – In his annual Nowruz (Persian New Year) message, US President Donald Trump slammed Iran’s Islamic Revolutionary Guard Corps (IRGC), which he called a “hostile army” and “not Iranian in name or deed”.

President Trump also paid tribute to the people of Iran who are resilient and currently facing major challenges because of the country’s leadership.

He highlighted that Cyrus the Great asked God, twenty-five hundred years ago, to protect the country from “hostile armies, drought, and falsehood”. President Trump said that the IRGC represents all three of these dangers.

The statement made this year differs greatly to the one from last year. In 2017, Trump sent his best wishes to the people of Iran during their “wonderful” holiday. He reached out to the people of Iran and paid tribute to the friendships he has with a number of Iranian-Americans. He also called the Iranian-American community “one of the most successful immigrant groups in our country’s contemporary history”.

Nowruz statements and greetings from previous presidents have also been expressions of support and unity.

However, this year, the tone was very different. He slammed the IRGC’s corruption and mismanagement of the Iranian economy. He said: “The IRGC employs propaganda and censorship to hide the fact that the Iranian regime plunders Iran’s wealth and abuses its people. To hide the truth, Iran’s rulers suppress their own citizens’ rights to free assembly, access to information, and equal opportunity.”

“Despite the oppression they face, Iranians are fighting to reclaim their rights. They long for a springtime of hope, and the United States stands with the Iranian people in their aspirations to connect to the wider world and have a responsible and accountable government that truly serves their nation’s interests.”

He said that the IRGC is stealing from the people of Iran to fund terrorism. Trump pointed out that more than $16 billion has been plundered on propping up Bashar al Assad’s regime in Syria and on funding terrorist groups and militias across the region. The Iranian regime, he said, is serving itself rather than the people.

Trump indicated that the average family in the country is around 15 per cent poorer now than they were a decade ago and that almost a third of young people are unemployed. He said that the economic situation makes it very difficult for many Iranians to celebrate holidays like Nowruz.

President Trump took the occasion to announce in his statement that the US Treasury Department would be “issuing guidance” to reaffirm that the US is supporting the free flow of information to the people of Iran. He also said that the US will continue to hold the Iranian regime and the IRGC accountable for the suppression of protesters that are taking to the streets because of the government oppression in the country.

In another Nowruz statement issued by the State Department, John Sullivan, the Deputy Secretary of State, said that he sends his good wishes to the people of Iran and emphasised that the US supports those that seek to “reclaim their fundamental freedoms of expression, religion, and peaceful assembly”.