Protests Against Iranian Regime for Mismanagement of Water Crisis 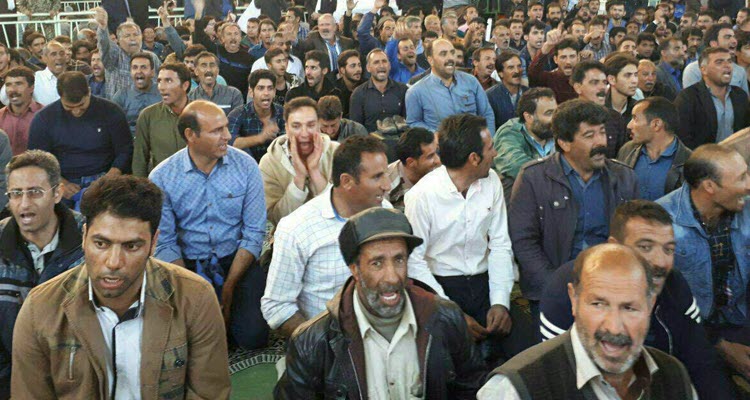 NCRI – Protests in Iran are escalating due to the water crisis millions of people are affected by. The protesters are criticising the Iranian government’s mishandling of the country’s water resources.

People in central Iran are now having to deal with serious water shortages. Most of these people live in rural areas.

Farmers in Varzaneh in the Isfahan province started to protest last month and they recently turned into violent confrontations.

Official information from the Iranian regime is hard to come by. And anything it does say is often grossly under-reported or over-exaggerated. So, as usual, social media accounts are giving an insight into the situation. Videos have been circulating showing farmers in Varzaneh protesting about the water from the local river that is being funnelled into steel factories in the close-by Yazd province.

In another video, one can see a vast area which has become completely barren. A group of people is seen confronting police officers, with some of them throwing stones. The authorities were seen to respond by firing tear gars and bullets into the crowd.

A new agency that is affiliated to the state said that a local member of parliament is pinning the blame for the violence on the authorities. The MP, Mr. Hassan Kamran-Dastjerdi, said in an open session of parliament that water was being “plundered” by the country’s government. He said that farmers in Varzaneh have watched as their water is being redirected to nearby steel factories. The farmers, he reiterated, have been working in that area for hundreds of years.

The farmers are now unable to plant rice because the Zayandeh River is getting drier and drier. This is having a knock-on effect on prices for rice which are rapidly increasing. 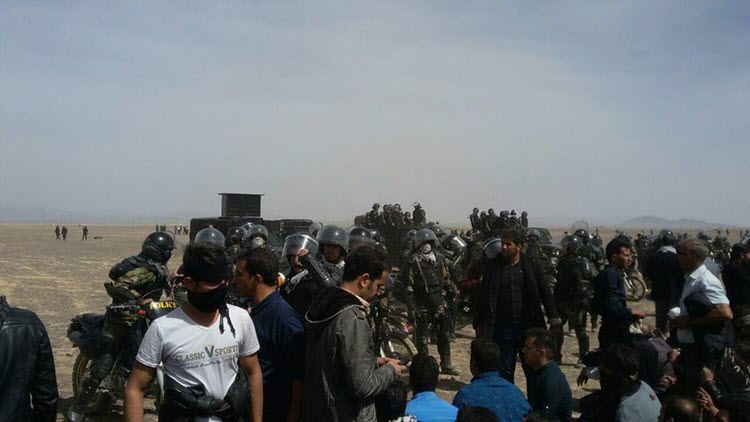 The Iranian regime’s mismanagement of water is similar to the regime’s mismanagement of the economy as a whole. At the end of last year, millions of people in the country took to the streets to make their discontent heard. They were fed up of seeing the government plunder the nation’s wealth on the funding of terrorism, the propping up of Syrian dictator Bashar al Assad, the support of militias and proxy groups, and so on.

The protests turned into anti-government demonstrations very quickly and people were heard chanting “Death to Rouhani” and “Death to the Supreme Leader”. It is very clear that the people want, and need, regime change.

The environmental situation in Iran is at a critical point. Lake Urmia is the largest saltwater lake in the Middle East, but it is shrinking at an alarmingly quick pace. In the past year alone, the West Azerbaijan Regional Water Authority believes that the lake has shrunk by 96 square miles.

The government of Iran is unwilling to take these matters seriously and is not prioritising any of the domestic issues.

It is time for the people of Iran to be put first. Their issues need to be resolved and its regional ambitions should be put on hold. However, we know that this is never going to happen, so for the sake of the people, regime change must happen.