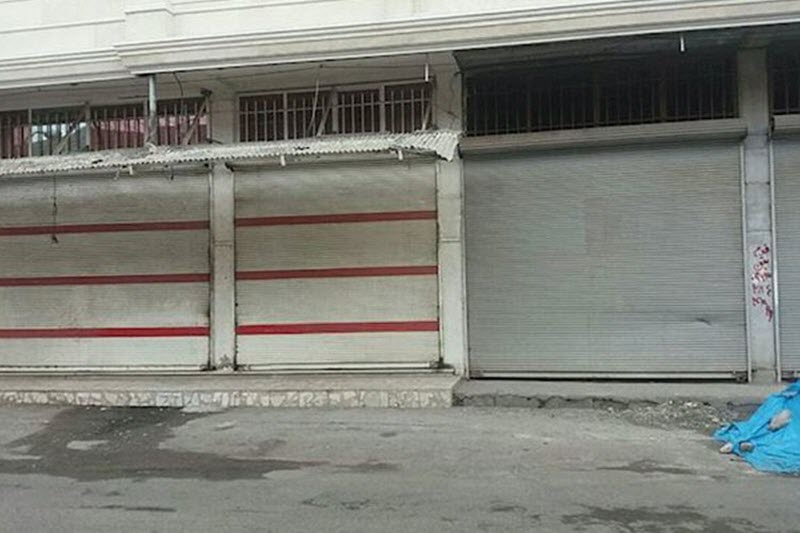 Bazaar merchants in a number of Iranian cities went on strike on November 5 to protest inflation and high prices, which are severely hampering people’s livelihoods, with calls to strike going out of social media in advance.

On social media, images and footage of closed shops in the Amin Bazaar in Tehran, the Aftab Mall in Gorgan, and across Tabriz, Babol, Roudsar, Saqez, and Baneh.

The bazaar merchants last went on strike in over 50 cities in 21 provinces on October 8.

Also in Iran, the fourth round of 2018’s truck drivers’ strike continued into its sixth day, as drivers demanded better working conditions, fairer pay, and the immediate release of those who were detained during the last round of strikes.

Videos and photos from across Iran show empty loading terminals in many cities with truckers refusing to load their cars.

ILNA state-run News Agency reported that problems faced by the automotive market in recent months, including the emergence of the black market and price instability, have affected truckers and heavy vehicle drivers the most. This led to the economic downturn and, ultimately, dangerous conditions for drivers that resulted in more frequent crashes.

This is actually the fourth time in six months that Iranian truck drivers have taken part in a prolonged strike and over the course of 2018, the Iranian Regime has responded with the intense persecution of the striking drivers, arbitrary arrests, and the threat of the death penalty.

During the last round of strikes, which began on September 23 and lasted for 20 days, the Iranian Regime arrested 17 truckers in Qazvin and is calling for the death penalty.

The truckers’ strike has caught international attention, with the International Transport Workers’ Federation (ITF) stating their support for the strike and, along with five major unions, have condemned the use of the death sentence for protesters.

While yet more customers of regime-backed financial institutions held protests outside the parliament in Tehran, chanting slogans against Regime corruption and the stealing of the people’s money. Also in front of the parliament, students protested the results of the 2018 Law School test, which have not yet been published.

Meanwhile, in Ahvaz, the workers of Ahvaz National Steel Group gathered in front of the company’s offices to protest their unpaid wages, which are currently three months late. Previously, workers have protested unpaid wages, subpar working conditions and the lack of minimum rights and conditions.