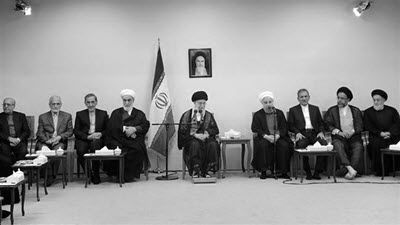 NCRI – On the fourth week of Iranian resistance’s international campaigns, demanding justice for the 1988 massacre of 30000 political prisoners, and two weeks after the publication of Mr Montazeri’s audio file regarding this horrific massacre, Khamenei the supreme leader of religious fascism ruling Iran was forced to react.

On Wednesday, August 24, 2016 and on the occasion of the “Week of Government.” Khamenei stated: “Unfortunately some people are trying to provide an atmosphere of oppression for Mojahedin (PMOI/MEK) members, and tarnish the image of Imam (Khomeini) but they will not be successful,”.

Confessing to the catastrophic economic crisis that has entirely engulfed the country he expressed: “Today, economic problems and bottlenecks are the foremost problem of the country,”

Expressing his fear of social unrest and highlighting the regime’s need to adopt more repressive measures on the pretext of ‘the country’s security’ Khamenei praised the suppressive security forces: “for their role in safeguarding the Islamic Republic’s security at a time when insecurity is rampant in regional countries.”

In December, the International Trade Centre was due to hold a summit on prospects for economic relations between the nations of Europe and Iran....
Read more
Iran Human Rights

The latest report by the United Nations Special Rapporteur on human rights in Iran underlines a rising trend of human rights violations by the...
Read more