Regime Clamps Down on Women in Iran 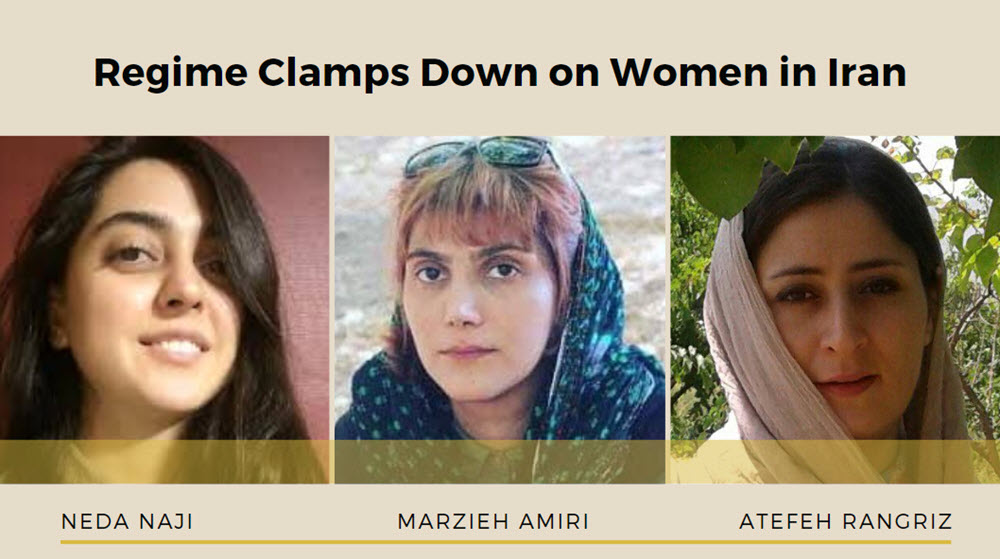 Recent reports form Iran suggest that there are a number of female Iranian activists being held in prison in appalling conditions. They were calling for the respect of human rights – for them and for all.

During the Workers Day protests at the beginning of last month, a number of female activists were arrested in front of the Iranian parliament building. Three of them have been named as Neda Naji, Marzieh Amiri and Atefeh Rangriz. They were mistreated and tortured by security officials.

The warrants allowing agents to keep Naji and Amiri in jail have been extended for another month. Amiri has been in the notorious Evin prison in Tehran where she is detained in the general ward. Naji is now in solitary confinement after undergoing tough and brutal interrogations.

Rangriz’s detention warrant has now been converted to bail, yet the prison officials will not allow her to be released. They have been stalling, claiming that there is now a new charge against her. After also undergoing interrogations, she was sent back to the women’s Shahr-e Ray Prison in Varamin.

Evin Prison is currently home to a large number of activists, including many females. It is very well-known for the human rights abuses that take place there, especially against political dissidents. Ethnic and religious minorities have also spent time in the prison, as have foreigners that have been arrested in the country.

The conditions are appalling in terms of cleanliness and safety. Many people are squashed into areas that are not big enough and ventilation is limited. Many are denied essential medicine. The mistreatment of prisoners in prisons across the country, however, is not rare.

A member of the GAM magazine’s editorial board, Sanaz Allahyari, has been in the prison for five months. She has been ill but is being denied medical attention and treatment. So far, she has lost around 10 kilos and is weak and shaky. Her condition is deteriorating by the day. Allahyari was arrested at her father’s house in the city before being taken to an unknown location. Prison officials have ignored the requests of her family to be taken to a hospital to be treated.

For the past few decades under the clerical rule, the treatment of women has been very unfair. The equality of women in Iran ranks near the bottom of the World Bank index.
However, it is something that the people of Iran – the rich and the poor, men and women, children, students and older people – are all aware of and something that they want to change.

Women are paid significantly less than men and they are particularly targeted by the Iranian regime. One reason for this is because the regime is very well aware of the strength of women in the country, especially when it comes to the opposition movement that is being led by women.

The opposition values the position of women in society and values their contribution. Equality is something high on their list of priorities.