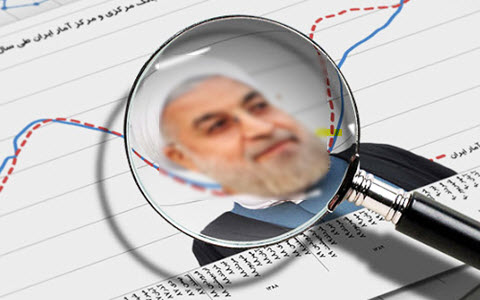 NCRI – New US sanctions and an economic deadlock due to financial sanctions and increased regional isolation have intensified the conflicts between regime’s rival bands as well as the attacks made by Khamenei’s guys on Rouhani, particularly following the recent presidential election show.

Addressing Rouhani in this regard, Iranian regime’s MP ‘Mohammad Bagheri’ said “Mr. President! You promised to lift non-nuclear sanctions. Forget about previous sanctions; prevent the new ones through diplomacy.”

“Aside from the nuclear deal in which the Foreign Ministry appeared as a runner”, he added, “It’s been quite inactive towards other issues. With regard to developing diplomatic relations with our neighbors, for instance, the Foreign Ministry has been anything but successful. This could be seen during US President’s recent trip to the region, which clearly showed the government’s lack of a proper diplomacy.” (Regime’s Radio-Farhang, May 31, 2017)

Also Mohammad-Reza Pourebrahimi, another regime’s MP, addresses Rouhani in this regard, saying “we don’t have time today. Look at what’s happening around us, see how Iranian regime’s enemies are visiting the countries in the region and speaking against us.”

Meanwhile, state-run Vatan-e-Emrouz newspaper has pointed to consequences of joining FATF to control regime’s banking transactions, saying “in a lose-lose deal, we are both voting for weakening the resistant, inward-looking sector of our economy, and making ourselves defenseless against new sanctions and threats due to enemy’s dominance over our financial transaction routes, thus losing the opportunities to bypass the sanctions for importing drugs, food, weapons, and the necessities of a safe, quiet life.”

“But the news suggest that”, adds the newspaper, “the commitments accepted by the Economy Minister have been silently made operational by the government over the last year, the same way the enemy wanted! For example, Hassan Rouhani issued a directive in this regard, requiring all government organizations to open all their bank accounts with the permission of the Treasury by the Central Bank, and close their accounts opened in other banks, so the FATF will likely be provided with the information dominance.” (State-run Vatan-e-Emrouz, June 1, 2017)