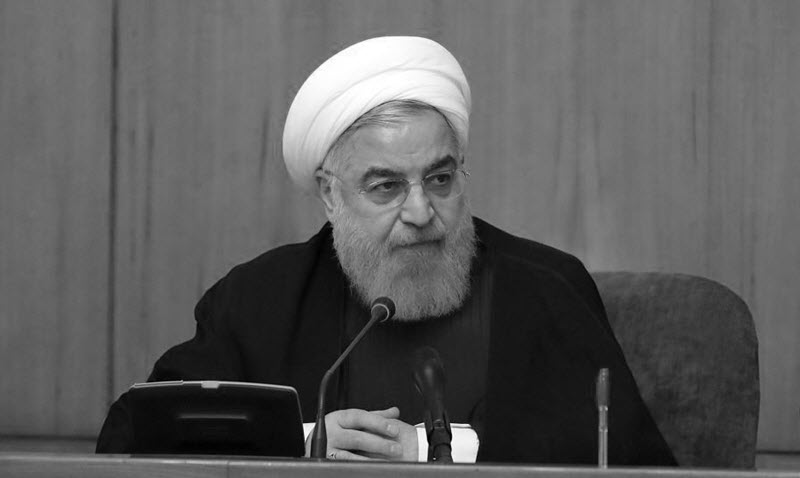 Iranian President Hassan Rouhani said that the country was in a “war-like” and begged Iranians to have hope in the regime, during a meeting with officials in the southern province of Hormozgan.

Rouhani was quick to blame anyone but the mullahs for Iran’s many economic crises, even claiming that “low prices” were one of the reasons that the trafficking of goods was growing, which appeared to be a desperate attempt to defend the Regime’s increase of gas prices.

He said: “When gasoline is 300,000 tomans per litre and benzene is 1,000 tomans, obviously there will be trafficking.”

Iranian Oil Minister Bijan Zanganeh recently said that the Regime had “no other choice but to ration gas or raise gas prices” and that they would raise prices “as much as the people would endure”.

It is not clear how much gas is smuggled out of Iran due to the secretive nature of the Regime, but the government’s official website estimates that 20-40 million litres of gas are smuggled out every day, while Iran’s Countering Trafficking of Goods and Currency Headquarters said the figure is 11 million litres and Zanganeh claims it is 4-5 million litres.

Rouhani then blamed the fact that ordinary Iranians can’t afford to buy meat on a number of unscrupulous sellers, after the Bandar Abbas Friday prayer leader Gholamali Na’iem Abadi said that the starvation of the Iranian people would only lead to rebellion and the head of Tehran’s restaurants union advised that the crisis had forced a quarter of restaurants in the capital to close.

However, in what he probably assumed was a rousing speech, Rouhani said that the Iranian people “should not only think of bread”, which is highly reminiscent of Marie Antoinette’s “Let them eat cake”, and called on the people to have “hope” because this crisis would not bring “the nation to its knees”.

He noted that the Regime was focused on long-term plans, such as healthcare and climate change. First, no they’re not; the mullahs have failed to do anything to solve those crises so far. Second, that’s not much comfort to those dying of starvation or searching through the bins for food. Also, it doesn’t help his case that he then bragged about the construction of a $68 million submarine as a “great achievement”.

The Iranian opposition wrote: “The fact that the Iranian people experience with their flesh and blood every day is that the source of Iran’s problems is the dictatorship that has seized the power and stole the Iranian people’s revolution in 1979 and has dragged Iran from one crisis to another. The mullahs’ regime that its destructive policies, export of terrorism and corruption have made the Iranian people furious crying for regime change.”

Iran’s state-run media and the ruling theocracy officials have warned about the deteriorating economic situation and people’s possible reaction. “In recent days, we are once...
Read more
Iran News Now

The deteriorating economic situation of Iran has been due to the anti-patriotic policies of the clerical regime and the spending of Iranian funds on...
Read more
Iran News Now

The clerical regime’s mismanagement has devasted all fields of Iran’s economy and plundered the country’s national resources. One of the economic zones the regime...
Read more