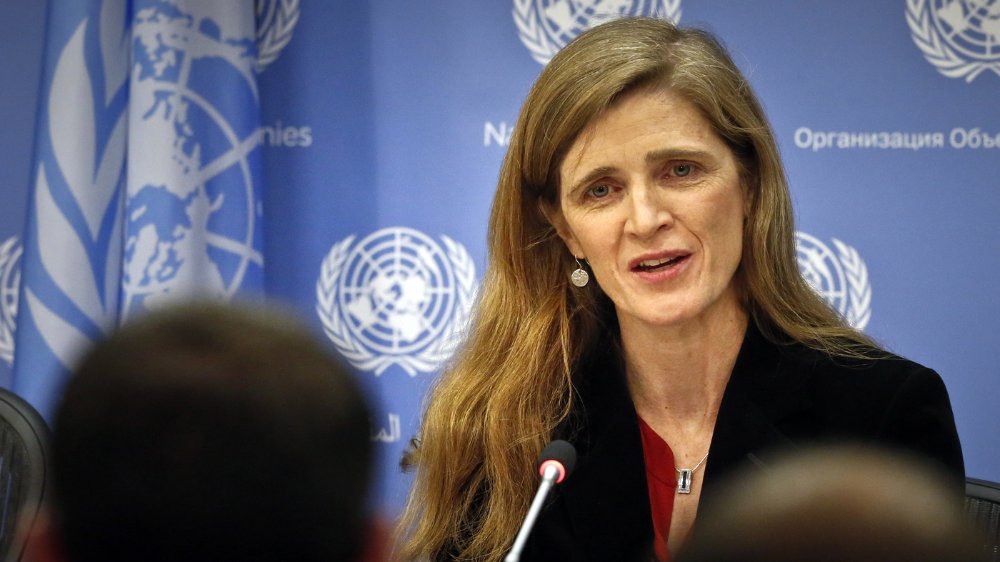 Ambassador Power recalls in her new memoir: “Unfortunately, some countries were so pleased by the nuclear agreement that they felt it was unnecessary to run an annual U.N. General Assembly resolution condemning Iran’s human rights abuses”.

Ambassador Power doesn’t identify the countries that wanted to scrap the traditional denunciation in the months after the Security Council’s July 2015 endorsement of the nuclear agreement. But the episode dovetails with long-standing criticisms from Iran hawks, who argued that the agreement short-circuited Western efforts to counteract Tehran’s other aggressive policies, in order to avoid provoking the Iranian regime to leave the deal.

“I insisted we proceed, lobbying frenetically to ensure that the Iranian government’s deplorable treatment of its people got attention in its own right,” Power writes in The Education of an Idealist.

Such successes were all too rare, according to the leading opponents of the agreement, who maintained that the deal gave Iran’s regime the money to finance a multinational terrorism campaign while tying the hands of the United States and Western European powers.

.@SamanthaJPower: Iran deal backers ‘were so pleased by the nuclear deal,’ they immediately went soft on human rightshttps://t.co/YVY0wsrIJb pic.twitter.com/2qRobsq0UL

“Against this aggression, what tools did the deal give us? Only the threat of snap-back sanctions, after Iran has already received its end of the bargain,” Sen. Tom Cotton said in October of 2017, according to the Washington Examiner. “But when that’s the only enforcement measure, it’s like the death penalty being the only sentence for all crimes, from jaywalking to murder. The West is too afraid to pull the trigger, and as a result the Iranian regime gets away with everything short of murder, and many times murder itself.”