Saudi Officials: We Are Concerned of Iran’s Belligerence in the Middle East 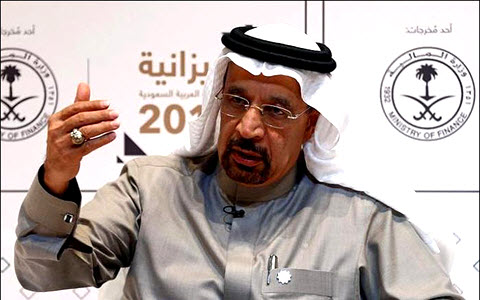 “Syria is a clear example. If we can bring Russia to understand Iran must be contained inside its borders and stop exporting ‘revolution’, it will be in everyone’s interest,” he added.

In addition to their meetings with Russian President Vladimir Putin, the Saudi officials discussed economic deals and broader political and security concerns, including Syria and Iran.

“This is how terrorism takes off its mask. Hashid al-Shabi is now speaking through its commanders, admitting their operations will go far beyond their own country and their main motivation is not the interest of the Iraqi people, but what the mullahs in Tehran are dictating to them,” Sky News reported.

On the other hand, al-Arab daily wrote of the major defeats suffered by Iran’s insurgents in Yemen.

“The Houthis must undoubtedly be considered as the failure of Iran’s strategy in the region. An increase in support of arms and training will no longer have any effect. Now Iran is forced to dispatch Revolutionary Guards and Lebanese Hezbollah members to Yemen to confront the new circumstances,” the piece reads.

“44 members of the IRGC and Hezbollah members have been killed during the past year. A number of IRGC commanders have been arrested by Yemeni popular forces,” al-Arab added.