Schools of Iran’s Oil-Rich Region Do Not Have Teachers 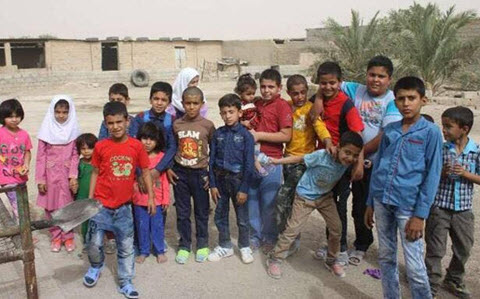 NCRI – The new academic year in Iran started while some schools in oil-rich south western province of Iran do not have teachers. In addition, most of the facilities of these schools is worn out and unusable.

According to the reports, schools in Ghaizaniyeh district of Ahwaz do not have teachers and students are confused and wandering. There are 600 oil wells in this area. Ghaizaniyeh is located in the east of Ahwaz, where 38,000 people live in 80 villages.

Mohammad Bawi, a member of the districts’ council on Sunday, September 24th, said that this division had a total of 60 educational units in three segments, of which 40% of these schools remained without teachers and even bureau cadres.

According to this member of the council of Ghaizaniyeh district, officials of the Education Department in response to the council’s request said they are facing a severe shortage of educational staff and power and villagers themselves have to cope with their schools and their children and find a solution.

The educational units in Ghaizaniyeh, in addition to the lack of teachers, suffer from a severe shortage of services, and most of the apparatus is worn out and unusable.

The regime’s governor in Khuzestan province had already promised three new schools to be delivered to Education Department before the start of the school year.

But due to failure of providing adequate credit, the promise of the governor has not been fulfilled.

Despite the existence of more than 600 wells in the area, the Oil Ministry has not provided any help to improve the educational situation in the region.

Local people have repeatedly called on oil ministry to contribute to the improvement of the situation by building a few educational units and schools in exchange for the damage the ministry inflicted to the area and huge revenues it obtains from the oil wells in the region. Locals, however, have said that all of these requests have been rejected.

Previous articleIran: Smuggling Increase by More Than Half but IRGC Is Still Biggest Culprit
Next articleIran Regime Displays Fear From Popular ‘Telegram’ by Filing Charges