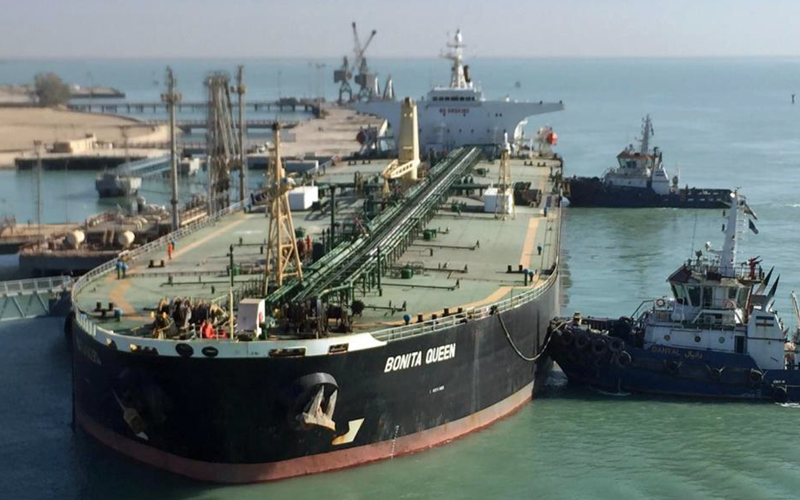 A new tanker filled with Iranian oil is on its way to Syria in a violation of current U.S. sanctions, Western intelligence sources have told Fox News.

The Bonita Queen loaded 600,000 barrels of crude oil on August 2 near the Iranian coast at Kharg Island.

Shortly after, the tanker was de-flagged by the country of St. Kitts and Nevis, fearing retaliatory U.S. sanctions.

The vessel is now headed to Dubai, where it will refuel before beginning a months-long journey around the horn of Africa, through the Mediterranean and to the shores of Syria, Fox News reported on Tuesday.

Sources told Fox News the ship plans to meet two Syrian owned oil tankers in the Mediterranean later this year and conduct a ship-to-ship transfer of the crude oil.

This transfer would be an additional violation of American sanctions since the U.S. Treasury Department already sanctioned the two Syrian tankers in March of this year. The tankers, named the Kader and the Jasmine, are both scheduled to meet the Bonita Queen to assist with the transfer.

In a March document released by the Office of Foreign Assets Control, the Trump administration laid out the various deceptive shipping practices conducted by the Iranian regime’s Islamic Revolutionary Guards Corps (IRGC) Quds Force. In addition to ship-to-ship transfers, the two Syrian vessels were accused of disabling their GPS and AIS location systems, changing the names of their vessels and falsifying cargo and vessel documents.

The owner of those Syrian tankers, Mohammed Al-Qatirji, was sanctioned by the Trump administration in 2018 for profiting off of the Syrian civil war.

Al-Qatirji’s brother and business partner was sanctioned by the European Union in January 2019, making this planned transfer of Iranian oil a violation of both EU and U.S. sanctions.

On Monday, the U.S. State Department warned the international community against assisting the Iranians in smuggling oil after the Adrian Darya-1 oil tanker, previously known as the Grace-1, was seized and then released by British authorities.

Tensions continue to rise in the Middle East after a series of attacks by the IRGC on Western-linked oil tankers this summer in the Persian Gulf.