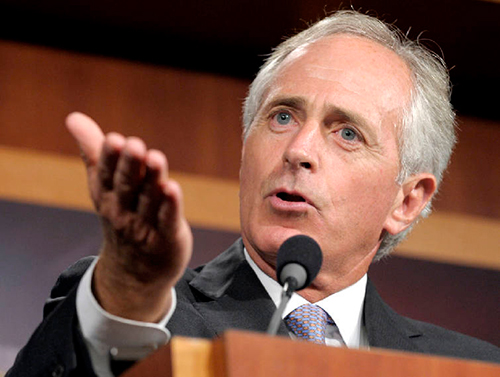 US Senator Bob Corker (R-Tenn.), chairman of the Senate Foreign Relations Committee, on Friday urged the Obama administration to cease making concessions to the Iranian regime in international negotiations over its nuclear proliferation.

He was responding to remarks by US Secretary of State John Kerry on Tuesday that US government still is prepared to accept concessions regarding full disclosure of the Iranian regime’s past attempts to develop a nuclear weapon, including permitting sanctions relief before those issues are fully resolved.

“The administration should walk away and make good on their promise that no deal is better than a bad deal if there is anything less than full disclosure up front from Iran and the ability to conduct inspections anytime, anywhere,” said Corker.

“Last year, the administration assured our committee that the questions and concerns regarding Iran’s previous weaponization efforts would be resolved before a final agreement is reached and any sanctions relieved.”

“Secretary Kerry’s comments this week and efforts to walk them back have only raised further doubts about the administration holding firm on demands that Iran come clean about past military aspects of its nuclear program.”

Last year in testimony before the Senate Foreign Relations Committee, US lead negotiator Wendy Sherman assured the committee that possible military dimensions of the Iranian regime’s nuclear program would be resolved “before” a final agreement and “all the sanctions … will remain in effect until those concerns are addressed.”

Previous articleRep. Judy Chu working in US Congress to protect MEK members in Camp Liberty
Next article34 years of Resistance against religious tyranny in Iran