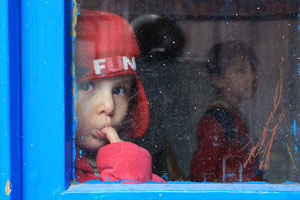 NCRI - More than a fifth of Iran's street children are sexually abused, the mullahs' regime in Iran has admitted.

“According to research conducted in Tehran, 21% of children living on the streets have experienced sexual molestation,” said Ibrahim Ghafari, the head of the social affairs department in the Iranian regime’s Welfare Organization in Tehran Province.

The average age of molestation in Iran has reduced to 12.5 years amongst girls and 13.7 years amongst boys, Ghafari said last Monday (October 5).

Homeless girls are the most vulnerable to sexual exploitation. In June 2015 the state-run Iranian daily “Ghanoon” published a report citing a case of an 11-year-old girl being raped. It reported that young girl was gang raped by six men.

Minu Mohrez, head of the Aids Research Center, said the highest rise in Aids cases in Iran is among children working on the streets who are infected through rape.

Homeless ‘street children’ are a common sight in Iran.

Numerous child rights organizations suspect that the number is substantially higher, citing figures of 200,000 or more.