Daily Increase of Poverty and Anger of Iranian People 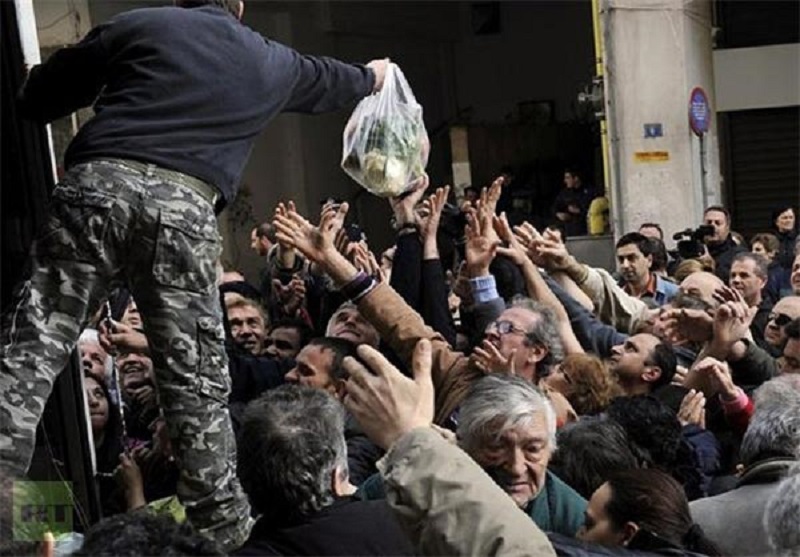 Poverty and Anger of Iranian People

On October 7, the state-run Arman daily, quoting the Iranian regime’s Statistics Center and Pasteur Institute, wrote: “The food basket of a family in the month of September passed 8 million tomans (around $700) with an increase of 489 thousand tomans (around $42).”

It’s worth noting that the High Council of Labor set the minimum wage of workers at 1.5 million tomans (around $131) at the beginning of the Persian New Year (March 2019).

The government of Hassan Rouhani, while approving this amount, claimed this increased the workers’ wages to one-half of the poverty line. Yet after six months, this was nothing more than one-fifth of the poverty line, when combined with the sudden decrease of general purchase power.

From March to September 2019, there was an increase in prices and a decrease in people’s purchase power on a monthly basis. This has resulted in ongoing and widespread poverty and starvation.

In this situation, people need at least 7 million tomans (around $600) to reach the poverty line and keep their purchase power as low as it was at the beginning of this year.

Yet, the regime’s president, Hassan Rouhani, has repeatedly lied about controlling the inflation rate, controlling the economic situation, and decreasing the unemployment rate.

In his last bluffing, during a meeting with his cabinet, Rouhani claimed: “Fortunately, the employment rate has improved than the last spring and summer. So now we have 25 million people employed and the unemployment rate is less than 3 million.”

He claimed this, while according to the regime’s officials and state-run media, the production of so many factories and workshops has either halted or is below 50% of their production capacity.

Rouhani’s failed government earns its budget via robbing people and increasing prices on goods. This happens while astronomic embezzlements of the state-affiliated individuals have astonished everyone.

On October 5, Alireza Beigi, regime’s member of parliament, during one of the regime’s infightings, admitted to the plundering of 27 billion dollars and 60 tons of gold by a state-affiliated gang.

On October 6, the state-run “Etemad Online” news agency, in a report titled “Secret hands behind the 550 billion toman (around $48 billion) embezzlement out of workers’ pocket- who benefits from the currency shock,” wrote: “The government is not a neutral institution defending the interests of working-class against the rich. The secret hands of rents and rules which government passes, including the new currency shock, transfers money from the poor to rich. This has caused the workers to believe the situation they should endure is their sealed fate.”

The report continued: “This malfunctioning economic circle has further enriched the rich and made the workforce cheaper. The recent currency shock has ravaged the lives of so many workers and their income has decreased.”

The Iranian regime continues stealing the food from the workers’ table, while its officials with their thriving income, which they earn via plundering the people including workers, evade 50 trillion tomans (around $4.5 billion) in tax per year.

The state-run Mehr news agency on October 6, quoting Hadi Khani, the regime’s director of inspection and anti-money laundering department of the tax office, wrote: “Every year we have around 40-50 trillion tomans (around $4-5 billion) tax evasion.”

He continued, “Of course we are not able to calculate the exact number of tax evasions since we don’t have the sufficient intelligence capability and micro information. In our view, wherever we have an intelligence confusion over incomes, there is a possibility of tax evasion.”

While every month there are more people sinking into the swamp of poverty, the Iranian regime, via its plundering and anti-people policies, create more economic differences and poverty.

According to Shahab Naderi, a member of the regime’s parliament from the Oramanat district of Kermanshah province, “80 percent of the Iranian population are living below the poverty line.”

The increase of the food basket’s rate and decrease of purchasing power of most of the Iranian society, as low as one-fifth of the poverty line, adds more people to the army of the hungry. This will create a new challenge for the Iranian regime, and it will face more protests by this army. This happens while the moribund Iranian regime is grappling with other severe international and domestic crises.

It is an undeniable truth, that as poverty increases in a society, the potential of revolt and uprising also increases. As we witnessed in the nationwide uprisings of January 2018, August 2018, and December 2018, most protesters were the poor classes of society who have nothing to lose. The presence of the army of the hungry in these uprisings was significant and forced the regime’s analysts to admit that the poverty, living and economic problems were the origins of these uprisings.

The poverty will be a major parameter of conflict between the Iranian people and the clerical regime.  Indeed, when the storm of the anger of the army of the hungry arrives, it will destroy the shaky pillars of the religious fascism.

This is while Iran’s organized resistance movement, led by the People’s Mojahedin (PMOI or MEK), and its Resistance Units are galvanizing support among their people for overthrowing this regime.