Iran: 25 Percent of the Marriages in 2016 Ended up in Divorce 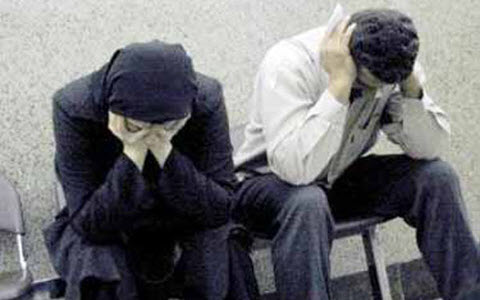 NCRI – The head of the Iranian regime’s welfare organization, announcing the growing rate of divorce among women headed households, said that in 2016, for every four marriages, a divorce has also been recorded.

According to state-run IRNA news agency, Anooshiravan Mohseni announced the news on Monday, August 21, 2017, adding that the divorce among women head of households from the year 2006 to 2012 has inceased 57 percent.

This official of the Iranian regime did not mention the reason for the increase in divorce rate among female head of households. However, the head of the regime’s Welfare Organization admitted that it was a “big social damage.”

The state-run Mehr news agency, citing statistics from the Civil Registration Organization on December 2016, announced the increase in divorce and the reduction of marriage, and wrote that 20 divorces are registered in Iran every hour.

According to the organization, divorce rates during the past decade in Iran have increased significantly compared to marriage statistics.

According to government news agencies, a number of experts have identified the economic and employment factors as the main reason in reducing marriage and increasing the divorce rates in Iran, while others consider lifestyle change as an important factor in the emergence of these phenomena.

The state-owned Ghanoon (law) newspaper on Sunday, 15 January 2017, quoting the head of the Society to Identify Damage, Kourosh Mohammadi, in response to the regime’s parliament obliging the Welfare Organization to reduce the divorce rate by 20 percent during the sixth program, said: “Divorce will not be reduced by orders and directives.”

Mohammadi, stating that “today we are facing a change in lifestyle,” said that “the welfare organization does not have the ability to change people’s lifestyles.”