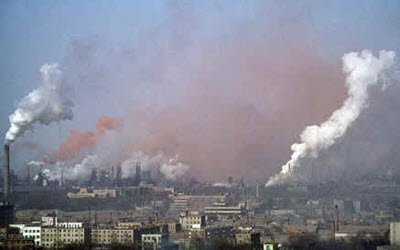 NCRI – Director General of Environmental Protection in Markazi Province (Central Iran) said that air pollution in metropolitan Arak is at its seventy-seventh day which is dangerous and unhealthy for sensitive population groups.

Hosseinali Ibrahimi in an interview with state-run Tasnim news agency on September 16, 2016 said: “The city of Arak is one of eight polluted city in Iran and since the beginning of Persian New year (Starting in March 20) has had 77 days of unhealthy air, 66 days of which were unhealthy for sensitive population groups and 9 days for all population groups and this is while last year the city had only 37 days of unhealthy air.”

“The concentration of Aerosols and particulate matters in Air which was less than 2.5 microns in Arak, has reached 34 micrograms per cubic meter this morning for the sixth consecutive day, and this is way beyond the limit and indicates highly polluted air which is unhealthy for sensitive population groups,” he added.

“Last week all the days and 5 days of this week, Arak’s air quality was unhealthy and it is recommended that susceptible age groups such as children, pregnant women, the elderly, people with heart condition and lung disease or hard-treatable disease to avoid traffic and commuting in busy urban areas, except in emergency situations,” Ibrahimi said and added: “The city of Arak, due to its proximity to the Mighan desert lagoons and wetlands, is exposed to salt mist and dust production originating from local sources as well as air polluting dust originated and imported from neighboring countries.”

Previous articleIran: Political prisoner “Behnam Mousivand” on dry hunger strike
Next articleMessages of congratulations by the NCRI members on the transfer of PMOI (MEK) members from Iraq to Europe