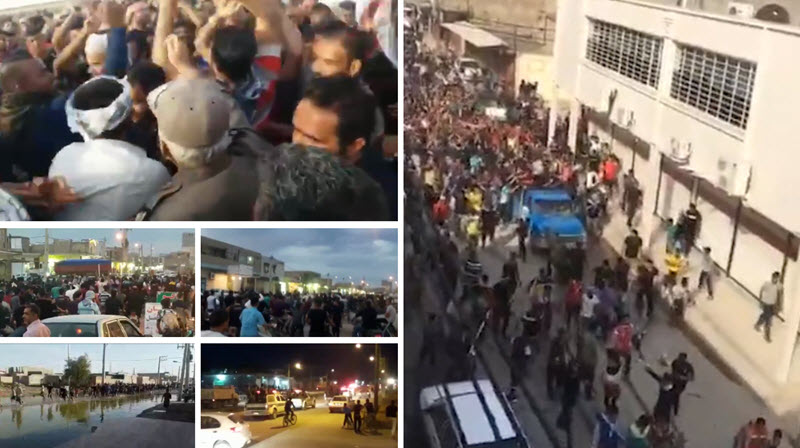 The people of Iran, since the end of 2017, have been participating in anti-government demonstrations and protests. They have been calling for regime change because they are fed up with the mullahs that have been ruining their great country’s reputation for decades. They want the regime to stop spreading chaos across the region and they want it to be held accountable for its many crimes and abuses of human rights.

The current flooding crisis has just added to their anger and frustration. The regime has spectacularly failed to provide an adequate response to the crisis and it has left the people to fend for themselves. As well as mismanaging the situation after the fact, it has also failed to prepare for such disasters and over the decades has contributed to making any incidents worse than they should be. Destructive policies have seen the regime destroy natural flood barriers, rip down forests, over build in certain areas, redirect natural waterways, and so on.

The people of Iran have not kept silent about the current situation in spite of the regime’s best efforts to downplay the situation. Videos, images and posts have been shared on social media about the reality of the situation and the people are making their discontent and anger known.

Since the flooding began last month, President Hassan Rouhani has been keeping a low profile. He is scared of the public backlash so is taking the cowardly way out. But this is angering the people even more. Millions of people need humanitarian aid and there is substantial infrastructural damage across the country.

Last week, protests flared up in the Khuzestan province in the southwestern part of the country. Many Iranian Arabs live in the province and they instigated some of the most sustained protests throughout 2018. Security forces were sent to calm the situation and disperse the protesters who criticised the regime’s handling of the disaster. Many pointed out that the regime’s destructive policies have resulted in the region being submerged.

There is a potential for the small and mostly peaceful protests in the Khuzestan province to spread further across the country into a much larger movement. Once again, it is likely that there will be clashes between the people and the suppressive security forces as the people voice their grievances.

Regime change is what the people want and they will accept nothing less. And they deserve nothing less too because they have suffered under the mullahs for four decades now. Incidents like the current flooding crisis serve to reaffirm their position and add to their anger and disdain of the regime.