Iran: The Tragedy of Suicide Among University Students 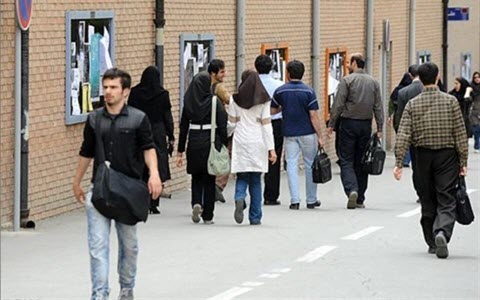 NCRI – In recent years, there has been an increase in suicide rate among Iranian university students. They usually commit suicide from a bridge or roof or with poisons, pills, and sometimes self-immolation. The question is why they kill themselves and who bears the blame? A state-run newspaper reflected this social crisis and examined the causes quoting a sociologist, “The inefficient administration, disappointment about the future, the imbalance between incomes and expenditures, depression, and unemployment are the main causes of suicide among Iranian students.”

The state-run Azad News Agency (ANA) published a report on September 27 about the crisis titeled: graduation and the tragedy of suicide. In an interview with the so-called sociologist, Nemat Ahmadi, ANA News writes, “Since the 80s, the governments have not been able to create jobs for youths and post graduate university students. Therefore, the unemployment and frustration about the future are raging among university students.”

In part of his speech, Nemat Ahmadi refers to the prevalence of suicide among students in Iran. He stipulated that someone who commits suicide has reached the stage of rage to the uncontrollable extent. He or she does not have any other way except suicide.

He further added, “One of my students during PHD. Reached stalemate at the end of his studies. He was worried about finding a job after submitting thesis. I also know a close relative of mine who is a graduate of the Aviation University and also fluent in English but he is working as a taxi driver. Therefore, there is no congruity between the incomes and the costs of living.”

“Some disciplines and courses at universities have no output and a student who graduates from that field and university does not find a proper job. Additionally, some educational centers do not offer students convincing answers. As a result, the student reaches deadlock and decides to commit suicide on the roof of an organization. He does not think that suicide is the end of life. Some students visited me many times saying that they want to leave the university. This is also a kind of suicide because the students do not have job security and their future is unknown.” stated Nemat Ahmadi.

Meanwhile, IRNA News reported on Tuesday, September 26, 2017, that the children aged 4 and 5 are scavenging with 70-year-old men in one of the neighborhoods of Zanjan City (located in the west of Iran). There are even scavengers holding technical diplomas and working in other cities so that their relatives do not recognize them.