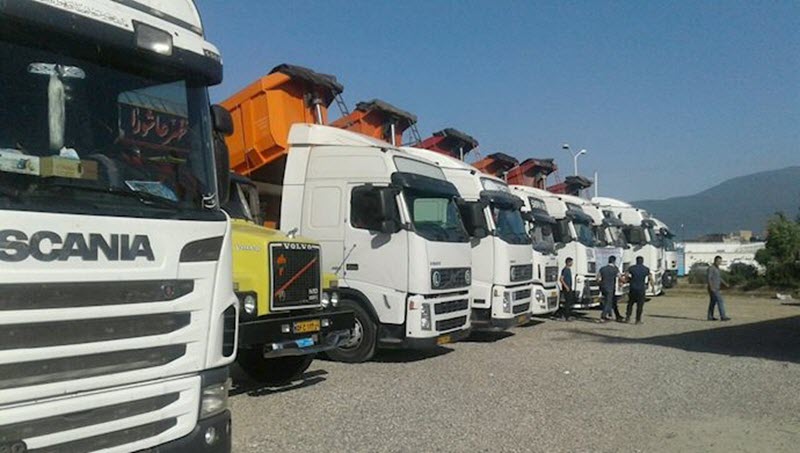 While the second round of Iranian trucker’s nationwide strike staged from Monday July 23, 2018, is spreading day by day, state-run Tabnak website reveals regime’s incapability to resolve truck drivers’ issues. “Two months after truckers staged a strike, their problems are still in place unresolved, with officials being unable to take acceptable and satisfactory steps towards addressing truckers’ concerns; an undeniable fact that proves a great part of earlier promises have been no more than paying mere lip service,” writes the website in an article titled ‘despite earlier promises, truckers’ concerns are still in place’ on July 22, 2018.

Started from May 22, 2018, and lasting for 11 consecutive days, the first round of truckers’ strike kicked off with truck drivers in seven provinces refusing to carry cargo. The strike soon spread to 274 more cities and turned into a nationwide protest.

Faced with huge dimensions of truck drivers’ first round of nationwide strike, the regime was eventually forced to make some concessions after unsuccessfully deploying all types of repressive measures. The concessions included a 20 percent increase in transportation fees, lowering transport companies’ commission rates down to 12-14 percent, and stopping the usage of the controversial ‘SEPAHTAN’ tracking system in trucks.

In addition to requesting an increase in wages, which are in no way proportional to the country’s inflation rate and sharp daily increase in prices, the striking truck drivers also asked for increased transportation fees, retirement with 25 years of service, truck driving to be considered a difficult job and paid accordingly, lowered insurance premiums, lowering prices of oil and truck parts –tires in particular—following currency market fluctuations, increased daily quota of gasoil, reduced highway tolls and commission fees as clear instances of a state extortion, removing the restriction for truck drivers to deliver cargo in harbors and terminals to monopolized state-linked companies, and stopping police repressive measures toward truck drivers.

State-run ILNA news agency on May 27, 2018, points to high commissions obtained by mainly IRGC-linked transport companies, writing “The approved commission fees for carrying cargo from inside and outside of terminals are 8 and 10 percent, respectively. Besides, the fee for transporting cement is 6 percent. That’s while some shipment companies ask truck drivers for unfair commissions of up to 40 percent.”

Pointing to increased fuel prices, the news agency then reveals another aspect of state extortion practiced against truck drivers, writing “following the country’s subsidy reform plan which led to increased fuel prices, truck drivers’ fuel quota both dropped in volume and experienced a price rise of up to 900 percent as well. Nonetheless, the government didn’t take any steps to reimburse the additional costs despite repeatedly promising to do so.”

ILNA concludes its report by revealing the huge dimensions of swindling truck drivers by regime’s repressive bodies, writing “there are numerous entities and organizations that make decisions on road transportation, with law enforcement forces as well as the administration tasked with combating drugs putting truck drivers under a lot of pressure, so much so that truckers are constantly faced with drug trafficking charges. In some cases, trucks are seized for six months only to become clear at the end of inspections that no drug trafficking has taken place, with no one taking the responsibility of reimbursing the driver’s losses during the period.” 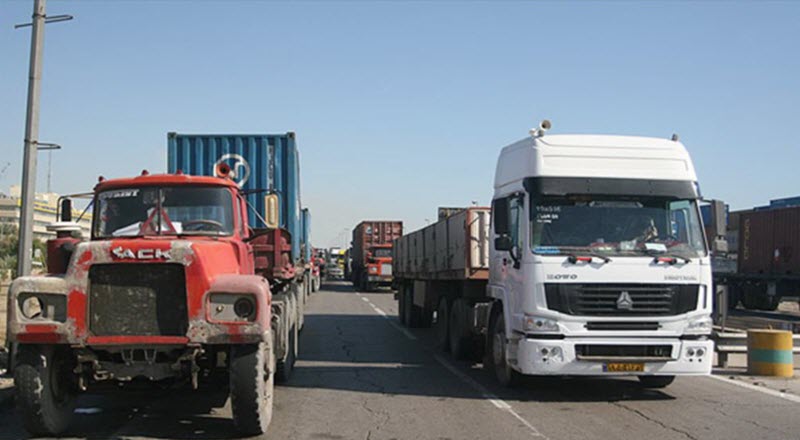 In an article titled “how much are earnings and expenses of a truck driver?” state-run Mehr news agency on May 30, 2018, quotes a driver as saying “freight rates have remained unchanged over the past four years, despite some spare parts’ prices increasing every year and prices of some other consumables like lubricants and oil filters increasing on a monthly basis over the period. Our pay for every shipment is between 1.5 to 2 million tomans and we normally don’t get more than 2-3 shipments a month. Overall, truckers’ average annual income is lower than their expenses and they’re going through difficult times.”

The news agency acknowledges that a truck driver spends 30 to 35 million tomans a year on fuel, tire and oil replacement, repairs, highway tolls and other related costs, adding “the situation is even worse for drivers who don’t own the truck they drive. Moreover, an increasing number of truck owners have decided to sell their trucks over the past few months.”

Also state-run Asr-e-no website on May 30, 2018, has an article in this regard. Titled “truckers’ miseries”, the article describes the backbreaking costs of truck tire replacements, quoting a truck driver as saying “at the moment, heavy vehicle tires cost around three million tomans a pair. Given that a heavy vehicle needs to have its tires replaced after every 100,000 kilometers, the country’s truck drivers have to replace their trucks’ tires annually as they drive 80,000 to 110,000 kilometers a year on average. This is necessary in order for truck drivers to receive their technical inspection certificates and subsequent bills of laden. As a result, trailers, 10-wheelers and 6-wheelers have to put aside 27, 15, and 9 million tomans, respectively, only for having their trucks’ tires replaced. Considering the number of trucks in the country, production and import of heavy vehicle tires has a huge turnaround, reaching seven thousand billion tomans a year. And this still doesn’t take into account the amount spent on tires of buses and other heavy vehicles.”

State-run Mehr news agency on June 5, 2018, reveals another aspect of the institutionalized corruption within the so-called Tire Co-operative, writing “some transport co-operatives are granted a quota for receiving domestically produced or imported truck tires at subsidized prices, yet they refuse to deliver the subsidized tires to drivers. Instead, the tires, especially those delivered to transport co-operatives in small cities, are brought to provincial capitals or big cities to be sold at free market rates. Distributors meanwhile tend to stockpile tires so they can sell them to drivers at much higher prices.”

Previous articleIran Economy in Free Fall, Disastrous Situation of Workers
Next articlePaper Crisis and Bankruptcy of Newspapers in Iran