Striking Workers in Iran Sentenced to Floggings and Jail 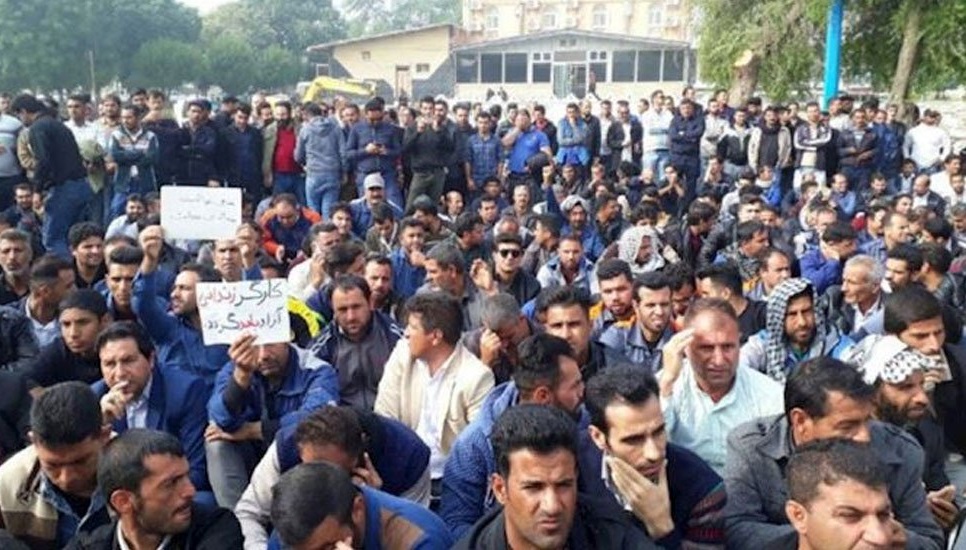 Seven workers at the Haft Tappeh Sugarcane Mill, in Iran’s south-western Khuzestan province, were sentenced to an eight-month suspended prison sentence and thirty lashes for exercising their rights to peaceful protest over the non-payment of wages and demanding better working conditions.

The workers, who were not identified, were tried and sentenced by the 102nd Branch of the regime’s Criminal Court in Shush on Tuesday.

Fourteen other factory workers stood trial on Wednesday, accused of “disrupting public order by leading and being present in illegal gatherings and preventing the company’s activities.”

The 14 workers responded to their charges in court by demanding their two-month overdue wages, solution for labour contract problems, and the creation of a plan for jobs classification.

The Haft Tappeh Sugarcane Syndicate said workers have also been summoned for charges such as “publishing messages on the internet.” They said the workers are being prosecuted for attending a one-hour protest on May 9.

In November 2018, Haft Tappeh workers held various protests for over 20 consecutive days related to unpaid wages and other grievances that sprang up after the company was privatized.

The complaints were not addressed and Iranian authorities began to arrest workers, with at least two subjected to torture and other ill-treatment in detention.

In mid-August 2018, some 500 workers protested over three months’ unpaid wages. Riot police attacked the workers with tear gas and beat them. Five workers were also detained but later released after being charged with “disrupting order”.

Previous articleGermany Charges Man with Spying for Iran’s Regime
Next articleIRAN: Five Prisoners Disappear After They Secretly Film an Execution