Support for Trustworthy Iranian News Outlets Is More Important Than Ever 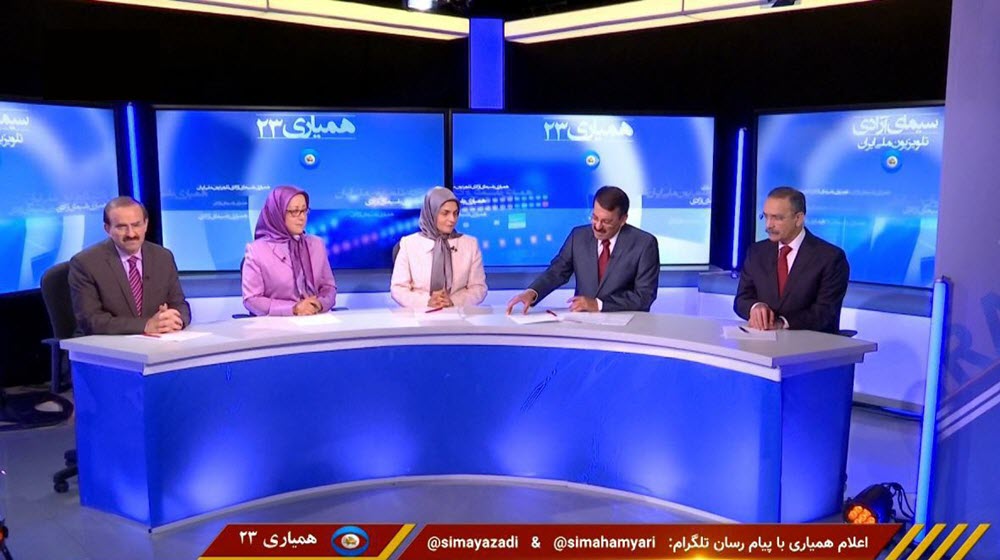 In recent months, a good deal of publicity has been given to Iranian propaganda networks and disinformation campaigns. International attention was first focused on the issue in August when the social media giants Facebook and Twitter began exposing fake accounts with their roots in Iran, following a report from the cybersecurity firm FireEye. Most recently, the resulting closures received new reporting and broader context, in the form of a special report from Reuters which identified 70 websites throughout the world that were tasked with conveying Iranian regime propaganda.

It is difficult to understate the potential impact of these disinformation networks. But however one characterizes the international reach of Iranian propaganda, it pales in comparison to the intensity with which that propaganda is force-fed to the Iranian public. Despite the fact that Iran’s presidency is currently held by a purported moderate who promised a freer and more open Iranian society, independent news outlets are still being routinely shuttered more than a year after he was granted a second term in office. This phenomenon, along with tighter restrictions on the internet and social media, has only accelerated since the outbreak of nationwide protests at the end of last year.

The continuation of that protest movement has provided Iran with further incentives to foist heavily skewed messages upon the international community. More than that, it has led the Iranian regime to plot terror attacks against Iranian opposition activists based in foreign countries. In January, Iran’s Supreme Leader Ali Khamenei blamed the leading Iranian opposition group, the People’s Mojahedin Organization of Iran (PMOI/MEK), for organizing and leading the mass uprising of last December and January. Although it does regularly lead political activities inside Iran, the PMOI’s parent coalition, the National Council of Resistance of Iran is based in France, where Iranian operatives attempted to bomb international rally in its support last June.

All of this – the prevalence of Iranian propaganda, the threat to Western lives and property, and the growth of an anti-government protest movement – underscores the importance of supporting alternative sources of information inside the Islamic Republic. Although mainstream independent outlets are unlikely to survive for very long after being openly critical of the Iranian regime, there are a number of other outlets that operate largely under the radar and beyond the reach of the regime’s most straightforward tactics of repression.

One such independent outlet, a satellite television network called Iran National Television, is presently embarking on its latest fundraising campaign. Although Iranian society has been plagued by a severe economic crisis since very soon after the previous campaign in November 2017, INTV’s executives report that they are expecting even larger and more numerous contributions to result from their latest telethon. Indeed, the network’s supporters and viewers have a long history of overlooking persistent financial distress to support its crucial mission of providing the Iranian people with information that has not been filtered through the regime’s propaganda network.

Protests and labor strikes have emerged over the past year to carry on the message of regime change and democratic governance that was conveyed by the December-to-January uprising. This has deepened the conflict between the clerical regime and the Iranian people, as well as pointing to the foundational role of free and independent media in giving voice to popular demands in the presence of a thoroughly repressive government. Were it not for outlets like INTV that provide fair, uncensored, and comprehensive news from various sources most Iranians would likely be unaware of the protests that have sprung up in distant cities and towns. And without such unfiltered outlets to draw upon, the international community would be similarly in the dark.

Sadly, even in absence of such widespread unrest, Iranian activists have been put to death for the crime of supporting independent media. Yet countless citizens continue to accept the risk of government reprisal because they recognize that independent media including INTV provide essential services to the Iranian people and also to the international community. In many cases, the relevant risk comes not just from donating to an independent news outlet but also from providing it with information about the latest protests, about tragic welfare of the Iranian people including ethnic and religious minorities, about Iranian authorities’ violent responses, and about the regime’s various other abuses.

Those abuses have only increased in both frequency and severity since the start of what NCRI’s President elect, Maryam Rajavi predicted would be a “year full of uprisings” against the theocratic dictatorship. In view of this fact, it is perhaps more important than ever for citizens of the Islamic Republic and members of the Iranian diaspora to aid outlets like INTV in fulfilling their missions for a free and uncensored news from Iran.

At the same time, the escalating repression and the growing body of evidence for Iranian manipulation of the global media point to the need for complementary action by Western governments and the international community. As INTV conducts its telethon this weekend, international bodies and human rights advocates should keep a close eye on the responses coming from Tehran.

It is all but certain that a renewed show of domestic support for independent media and news outlets will prompt the mullahs’ to crack down once again on all media that seeks to undermine their own propaganda networks. Thus, the world must be prepared to once again make it clear to the Iranian regime that it cannot expect to step up its repression or amplify its destructive propaganda without facing economic consequences and diplomatic isolation.