Syria Envoy: The Us Will Pressure Iran Both Financially and Militarily 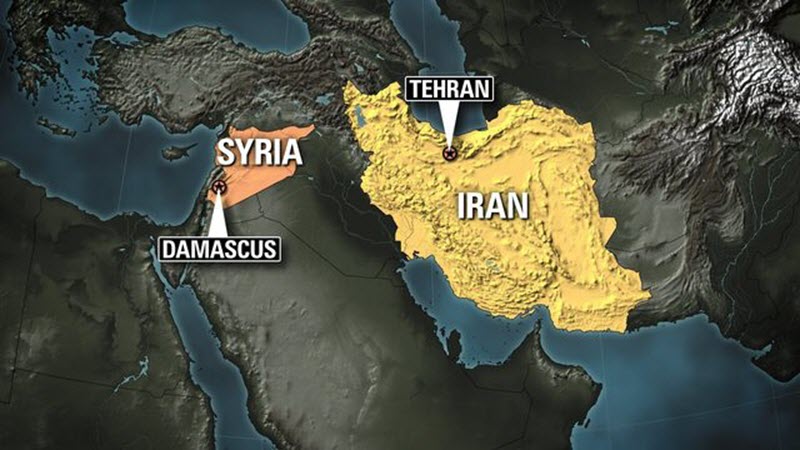 The US will be focusing on putting pressure on Iran both financially and by contesting its activities in Syria, Iraq and Yemen, according to the US envoy to Syria on Wednesday.

Ambassador James Jeffrey told reporters that Iran enjoys broad influence in those three countries and that, as a minimum, the mullahs should withdraw their armed militia forces from Syria.

Jeffrey explained that Donald Trump’s decision to pull out of the 2015 Iran nuclear deal in May was largely because of Iran’s malign behaviours in the region, which had been exacerbated by the international community’s appeasement of the mullahs.

Thus, the US will focus mainly on putting financial pressure on Iran with a secondary focus on contesting Iran’s activities in the Middle East. The hope is that the financial pressure will slow Iran’s militias as well, by reducing the ability of the mullahs to pay them.

The second round of US sanctions, this time targeting Iran’s oil and banking sectors, went into place on Monday and the US wants this to cut Iran off from the global financial system.

Jeffery also expressed concerns about Russia’s delivery of the sophisticated S-300 air defence systems to Syria last month, asking who would actually be in control of the equipment and highlighting that Iran could use it to prevent Israeli strikes against Iranian targets inside Syria.

Israel is combating Iran in Syria to prevent the rogue state from deploying long-range power projection systems such as surface-to-surface missiles that would, as Iran has made clear, be used to target Israel. The Jewish state has struck over 200 Iranian targets in Syria over the past 18 months, but none since the delivery of the S-300.

The US is primarily involved in the Syrian conflict to counter and contain the Islamic State group, which is something that Jeffery also discussed on the phone, citing that recent retreats by the US-backed Kurdish-led Syrian Democratic Forces in eastern Syria were not a major concern and that reinforcements are coming. He explained that the weather was mainly to blame, but that there would soon be a turnaround.

The US has previously said that it would stay in Syria past the defeat of ISIS in order to ensure that 1) the terrorist group is gone for good and 2) that no power (i.e. Iran) is allowed to exploit the vacuum in Syria for their own gains.

Previous articlePompeo: Iran’s Mullahs Must Decide to Feed the Iranian People
Next articleU.S. Must Act Against Iran Regime’s Terrorists