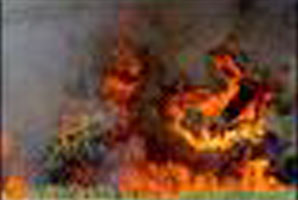 NCRI – A 17-year-old Iranian girl took her life by setting herself on fire in Iran’s impoverished Kurdistan Province.

Local reports, which identified the girl only by her initials P.M., said she set herself ablaze on Monday in the western town of Marivan.

She died due to the extent of her injuries in Bou-Ali Hospital in Marivan.

On average, 11 people commit suicide in Iran every day, the equivalent of three in every 100,000 people, the website of the Women’s Committee of the National Council of Resistance of Iran (NCRI) wrote on Friday.

Previous articleRise in number of under-15 girls forced to marry in south-eastern Iran
Next articleU.S. Congress approves bill to sanction banks financing Hezbollah