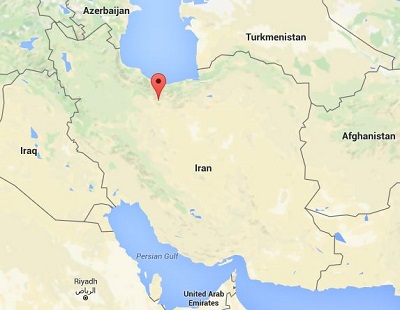 NCRI – Members of the Tehran Bus Workers Union took part in a rally in central Tehran on Saturday on the eve of International Workers’ Day demanding the release of labor activists from jail and their basic rights including decent wages.

Minutes after they began their rally, suppressive state security forces attacked the gathering and confiscated the banners.

The mullahs’ regime is taking draconian measures to prevent workers in Iran from holding protests on International Workers’ Day on May 1.

Each year the regime tries to create an atmosphere of intimidation and threats against workers in order to prevent them from holding anti-regime rallies. This year, they have made a last-ditch effort to do so.

The regime began further suppressive security measures ten days before May 1 to prevent workers’ demonstrations. The regime is believed to be particularly worried by the possibility of angry rallies given the recent escalation in its unemployment crisis.

The People’s Mojahedin Organization of Iran (PMOI or MEK) has made a nationwide appeal for workers and people of all strata of Iranian society to hold anti-regime protests on International Workers’ Day.

Previous articleIranians boycott second round of mullahs’ sham election
Next articleMaryam Rajavi: Workers’ struggle is a major part of the Iranian people’s resistance to topple the ruling religious dictatorship

Iran: Strike by Parsian Oil & Gas Workers in Lamerd and...

Secretariat of the National Council of Resistance of Iran (NCRI) - 21st October 2020
On Tuesday, October 20, 2020, workers at the Parsian natural-gas processing plant in Lamerd, Fars Province, went on strike for the fourth straight day....

Prices of Bread, a Staple Food Item for Majority of Iranians,...

Secretariat of the National Council of Resistance of Iran (NCRI) - 21st October 2020
In recent weeks, the price of bread, a major food staple for the overwhelming majority of the Iranian people, has jumped 30% to 100%...