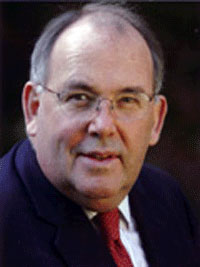 As a member of the United Kingdom legislative body in both Houses for the past 30 years, I have taken an interest in and closely observed Iran’s developments. Being acquainted with many Britons of Iranian descent, Iranian circles and groups, I also came to know the People’s Mujahedeen Organization of Iran (PMOI) or as it is referred to in the United States the Mujahedeen-e-Khalq (MEK).

I found the MEK supporters to be the most active, most organized and dedicated to win freedom and democracy for their country and people. It might seem odd to emphasize that they are freedom-loving and democratic but the mullahs of Tehran have repeatedly sought to present them as neither.

I have been following with much interest the ongoing review of the MEK designation as a foreign terrorist organization by the Secretary of State, prompted by a Federal Appeals court in July 2010. While the review process is certainly a Washington issue, it has much wider implications. So much is at stake.

First, respect for the rule of law in democracies, and in particular the United States’ image and credibility. Second, the policy on Iran which is the most serious threat for global peace and stability. In these circumstances, the review process is being watched with much interest in Europe.

I have read often much about the MEK from all sides of the story during the years; those who agree with and those who oppose them, and needless to say, I have frequently been in contact with the Foreign and Commonwealth Office in the UK during these years discussing the appropriate status for the PMOI (MEK).

During the time when the PMOI (MEK) was proscribed in the United Kingdom, a group of 35 parliamentarians here including a former Law Lord, a former Home Secretary, two former Solicitor Generals and I took legal action against our Home Secretary who had refused our application for deproscription of the PMOI (MEK). (Lord Alton & Others vs. Secretary of State for Home Department).

In the court, at first we were told that the evidence is classified. But when the documents finally became public by the court’s ruling after a long battle, all we found in the MEK’s dossier was fabricated rubbish and disinformation provided by the mullahs and their Ministry of Intelligence none of which was admissible to the court.

While we were at the final stages of wining the case, we were bombarded by negative publicity against the group saying among other things, that the PMOI (MEK) was a personality sect which is unpopular among the Iranians inside the country. In fact there was so much adverse publicity that it made one wonder, if a sect was so unpopular and so disliked, why bother with so much work and energy to isolate it outside the country and also why were so many of them, in tens of thousands, jailed, tortured and executed by the mullahs through the years?

What causes me to write this is because I regret that I see the same trends developing in the United States.

As an Appeals Court in the United States called on the Secretary of State Clinton to review their case and allow the MEK to respond to allegations against them, and as a growing number of prominent U.S. policy makers and experts on national security and terrorism call for delisting of the MEK, the same negative publicity starts to pour in from blogs or websites trying to tarnish the image of the MEK and attempting to prevent the delisting of the group.

It took a cross party coalition to remove the PMOI (MEK) listing in the UK as there was a consensus that the move was just and also politically warranted. In recent months an impressive coalition has also formed in the U.S. where members of Congress from both parties as well as former officials such as General James Jones, General Hugh Shelton, General Peter Pace, Governor Bill Richardson, Governor Howard Dean, Ambassador John Bolton, Mayor Rudy Giuliani, Governor Tom Ridge, Ambassador Dell Dailey, James Woolsey and Louis Freeh, a former Director of the F.B.I.

The mullahs of Tehran try to muddy the water by raising false allegations against the MEK. We have been through the same process and know it is a standard tactic from within Iran.

The source and intentions of these voices are clear to any objective observer. They want the same old failed policy to continue; one that ties the hands of Iran’s main and most significant opposition and instead, leaves no one on the ground to oppose the concessions to the mullahs and their evil fundamentalist ambitions.

A change has to come about; one that will bring freedom to Iran and security, peace, and stability to the region and the world. The MEK and its allies are well fit to bring about that peaceful change. Like the distinguished Americans who recognize the threat, we want nothing more than to step aside and let Iran decide its own fair, free and democratic future.

Rt. Hon. Lord Fraser of Carmyllie QC, a member of the United Kingdom’s House of Lords, is a former Solicitor-General and Lord Advocate for Scotland.

Previous articleIranian regime provides weapons to Taliban: Petraeus
Next articleIranian Resistance warns about the perilous condition of an Ashraf patient