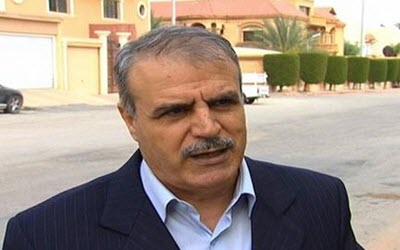 He said: “Publishing Qassem Soliemani’s photo in Aleppo exposes the true nature of Iranian regime and what the regime is doing (in Syria and other regional countries). This is an insult not only to the Arab and Islamic world, but also an insult to and provocation of all humanity.”

“This way, the Iranian regime leaders tell us that ‘We (the mullahs) made the terrorism and exported it and did whatever we wanted in Syria and Aleppo in front of the international community’s eyes.’ The mullahs do not adhere to or respect any international resolution or protests and condemnation that even expressed by the world powers,” Gen. As’ad Al-Zoubi said and continued, “This is the message that they want to convey by publishing Qassem Soleimani’s photo in Aleppo.”