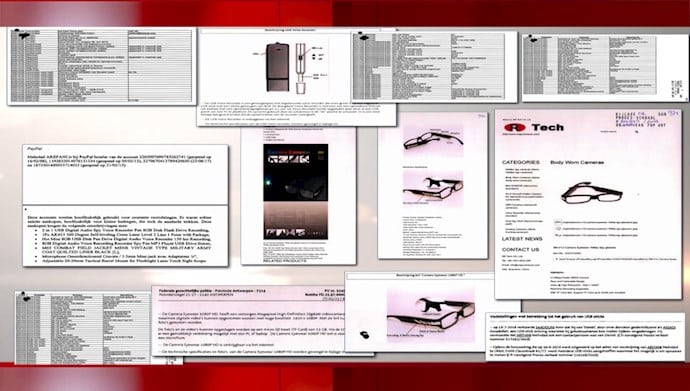 Further evidence found in Mehrdad Arefani’s home debunks his claims of not being an agent of Iran’s Ministry on Intelligence (MOIS) and confirms his role in the 2018 bombing plot in France, led by the mullahs’ diplomat-terrorist Assadollah Assadi. The evidence and Tehran’s futile efforts to portray Arefani innocent, indicate the bomb plot was an act of state-sponsored terrorism.

Assadi, a Vienna-based diplomat-terrorist, plotted to bomb a major rally of the National Council of Resistance of Iran (NCRI) in Paris Villepinte in 2018.

December 3 marked the second court session of Assadi and his co-conspirators, including Arefani, Amir Saadouni, and his wife, Nasimeh Na’ami. Assadi refused to appear in both sessions, which, according to the prosecutor, underlined the entire regime was behind the terror plot in 2018. Tehran has officially announced it does not recognize the Belgian court that is holding Assadi to account. But Arefani and two other terrorists were present.

Unlike Saadouni and Na’ami, who tacitly accepted the charges but tried to downplay them, Arefani refused all charges. Despite the damning evidence, he denied having any connection with Assadi or the MOIS.

Shortly after the European authorities thwarted the bomb plot in July 2018, Iran’s regime Foreign Minister, Mohammad Javad Zarif, whose diplomat was caught red-handed, claimed the terrorist attack was a “false flag operation.” Shortly after Zarif, other regime apologists and some rogue elements within the MOIS apparatus tried to blame the opposition. The MOIS mainly tried to portray Saadouni, Na’ami, and Arefani as the Resistance’s supporters. Particularly the MOIS and Assadi had instructed Arefani to deny having any connection to the terrorist plot.

When Arefani denied the charges, Saadouni was first to oppose and confess he saw Assadi tell him to “deny all relations with him [Assadi].”

Arefani pretended to be an “atheist poet,” hoping judges believe an atheist will likely not cooperate with an Islamist regime. But the evidence and the fact that MOIS agents have used many covers to complete their tasks in Europe.

In the inspection of Arefani’s house, collection of espionage devices and equipment, all kinds of USBs recorders, undercover cameras, computers, different types of mobile phones, various SIM cards, external hard disks with the information collected from the opposition were found and made it clear that Arefani was pursuing intelligence and espionage. 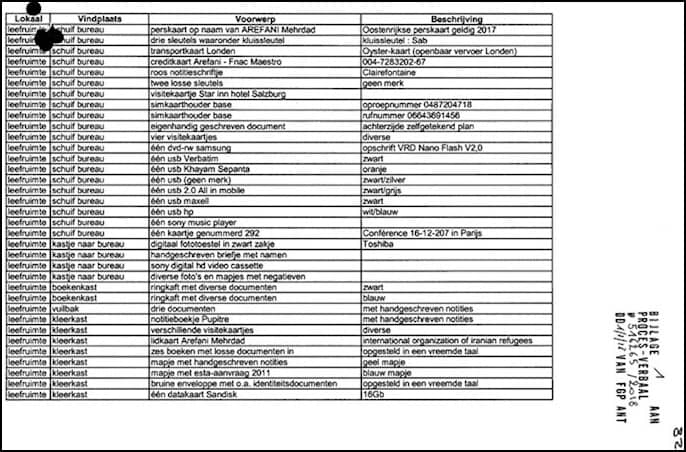 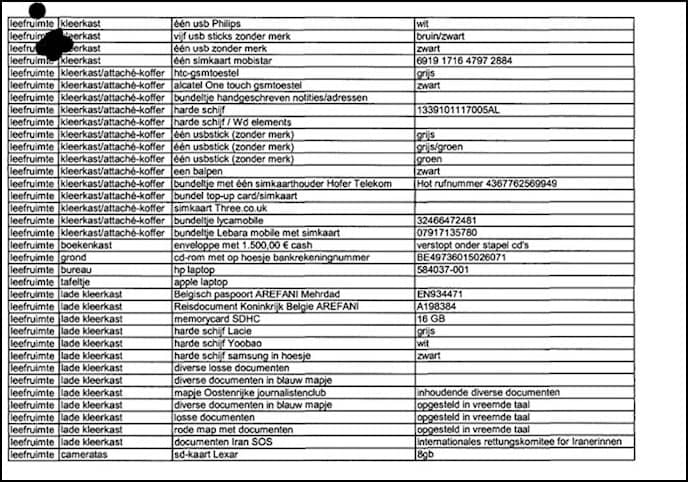 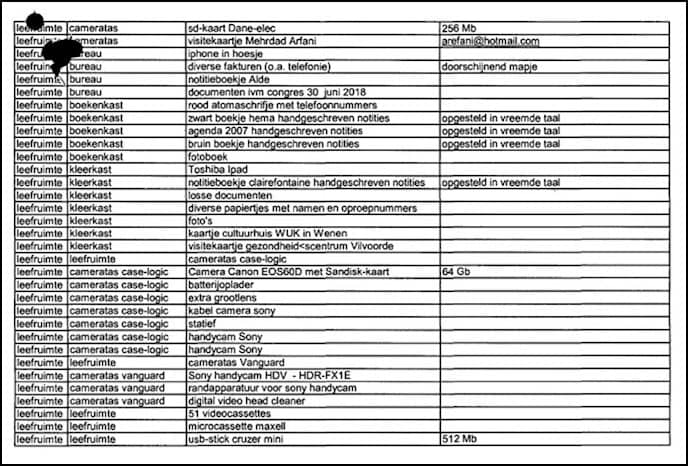 On January 18, Saadouni told the Belgian police he had received a USB stick from Assadi to record the oppositions’ private meetings. This was like the USB Arefani had in his home. 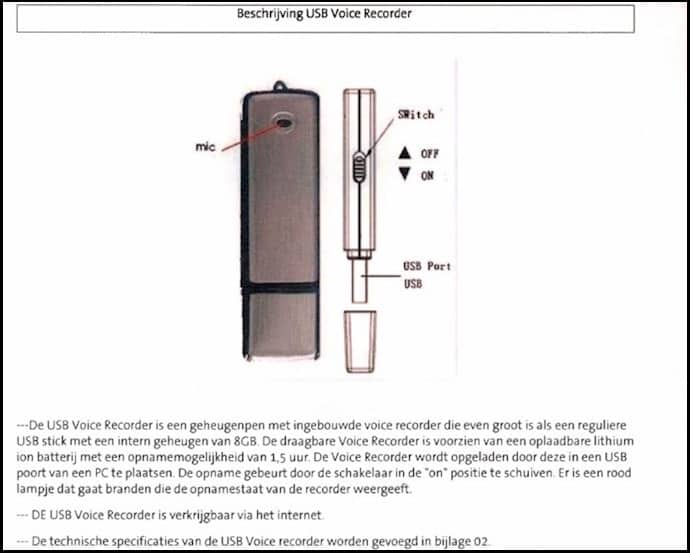 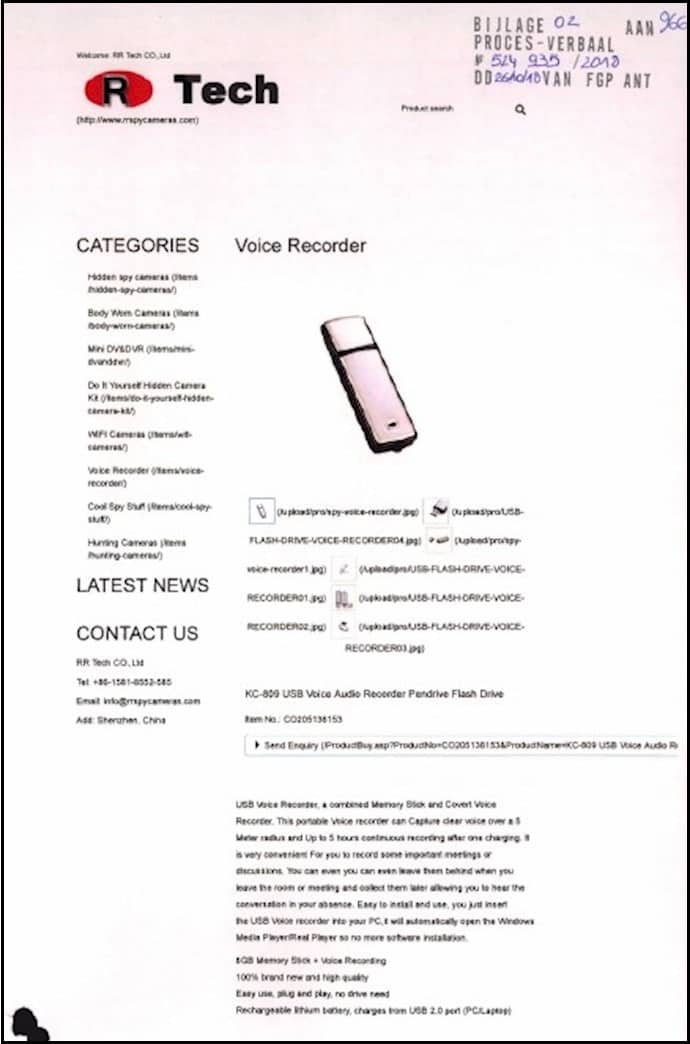 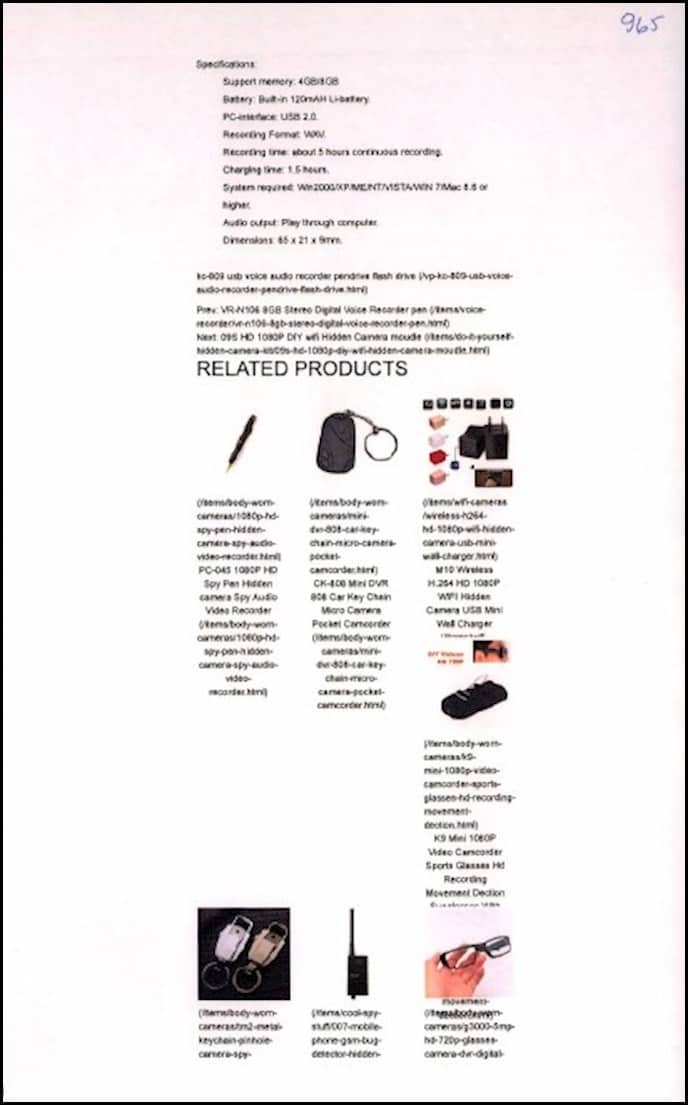 The police also found a Camera Eyewear 1080p HD in Arefani’s house, which can record videos, voices, and pictures. Photos and videos on these glasses can be stored on a TFCard microSD card with 32 GB of memory and transferred to a computer via USB port. Camera Eyewear 1080P HD also has a microphone. 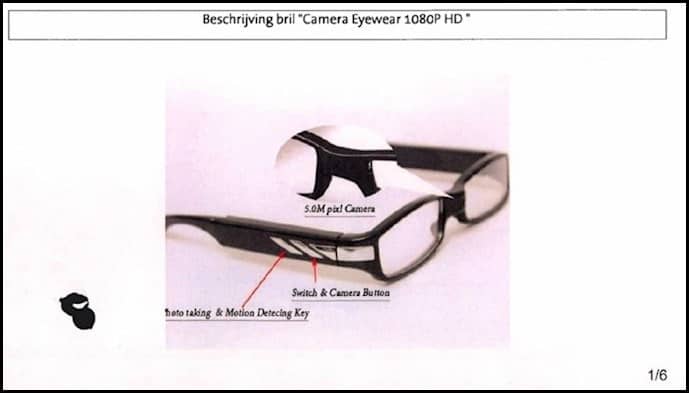 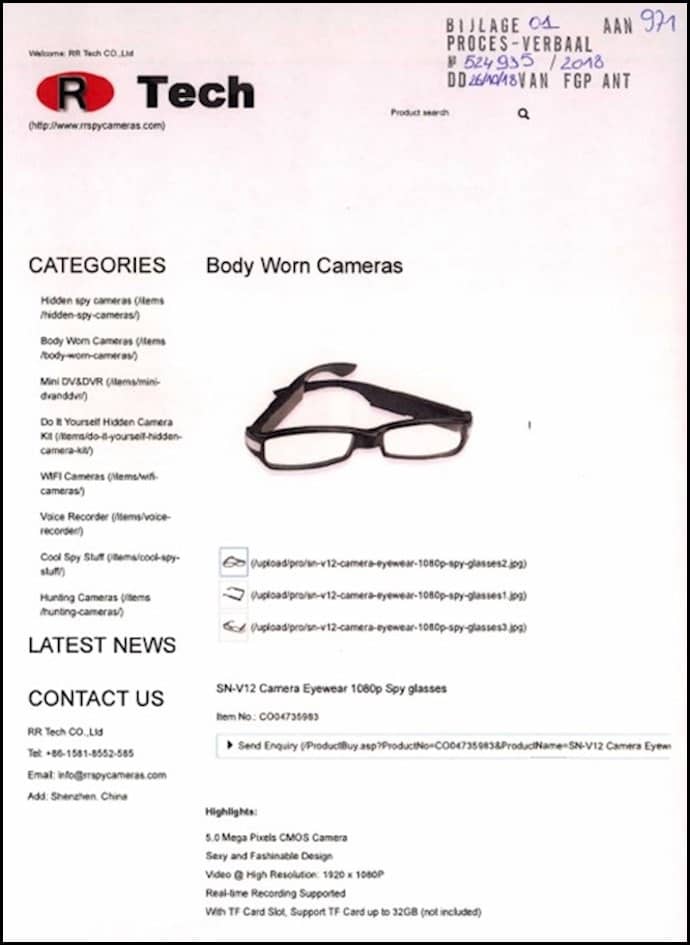 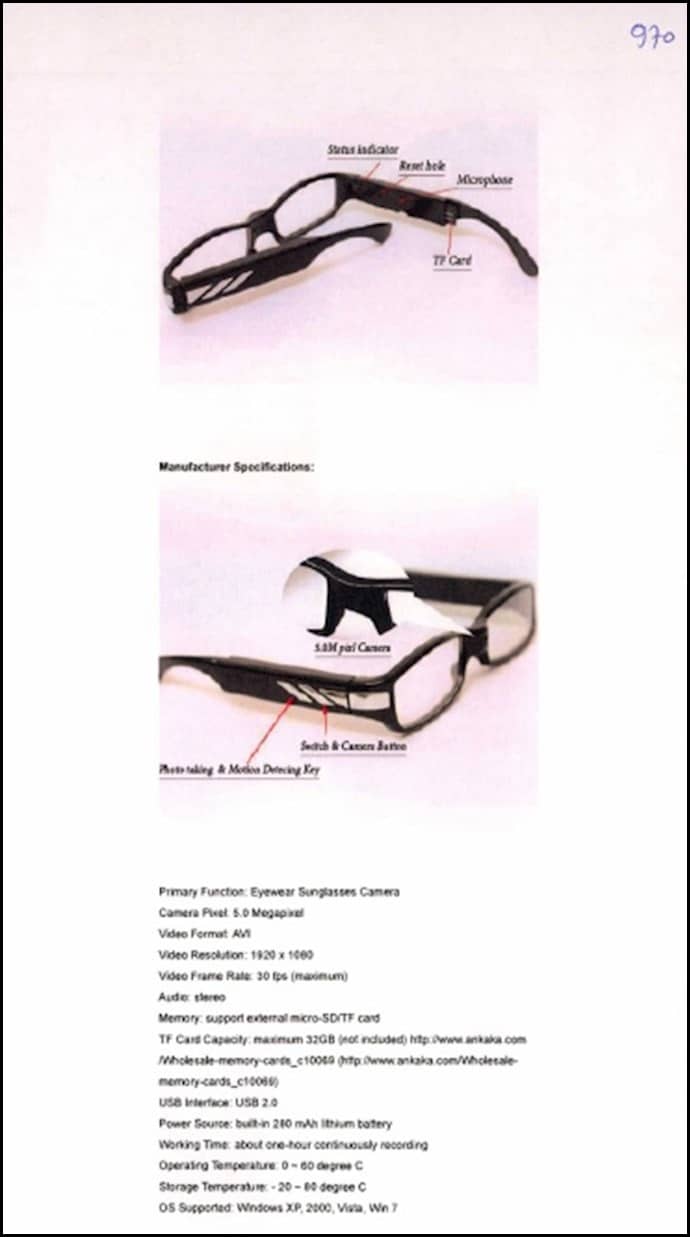 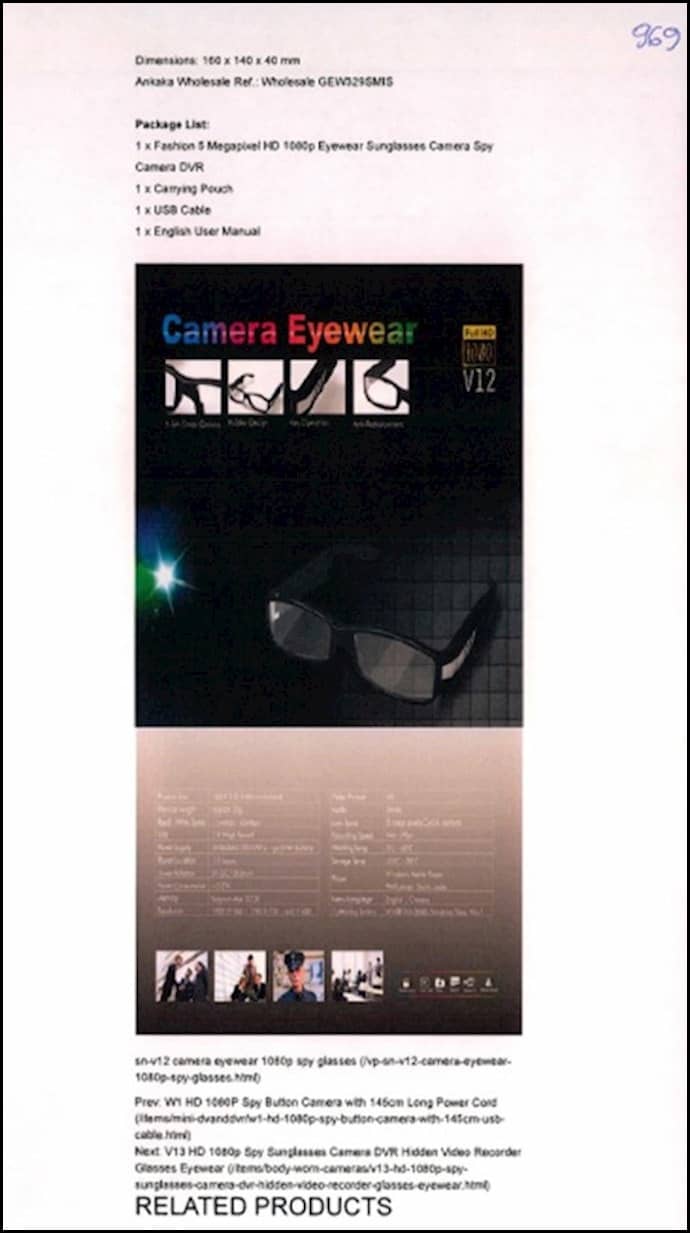 A complete list of equipment Arefani purchased is as follows: 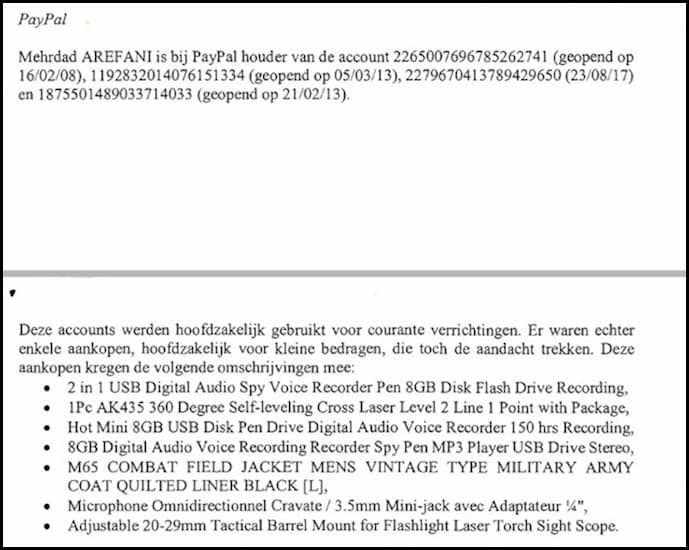 Arefani used all these gadgets to spy on the opposition and record meetings and the locations of People’s Mojahedin Organization of Iran’s (PMOI/MEK) offices and officials.

During the first court hearing on November 27, the prosecutor described Arefani as Assadi’s eyes and ears who controlled whether Naami and Saadouni were getting the job done.

“Every time I lied to Assadi about the facts of the MEK events, somehow Assadi knew I was lying. Mehrdad was always present. No matter what. Therefore, I’m sure he was in contact with Assadi,” Saddouni has confessed in this regard.

The Belgian prosecutors underlined in their indictment that Mrs. Maryam Rajavi, the NCRI’s president-elect, was the main target of this foiled bomb plot. Assadi had instructed Saadouni and Naami to plant the bomb “as near as possible” to Mrs. Rajavi.

As further evidence is made available, it is becoming increasingly clear how the regime’s entire terrorist apparatus was behind this attack.

This trial is also an opportunity for the European Union to stop encouraging the regime to continue its malign activities by continuing the appeasement policy. This bomb plot could have killed thousands of EU citizens, endangering the EU’s security. Assadi as a “Diplomat-Terrorist” is the actual image of Iran’s Foreign Ministry. Many “diplomats” like Assadi have cleverly dodged apprehension or fled justice thanks to appeasement.