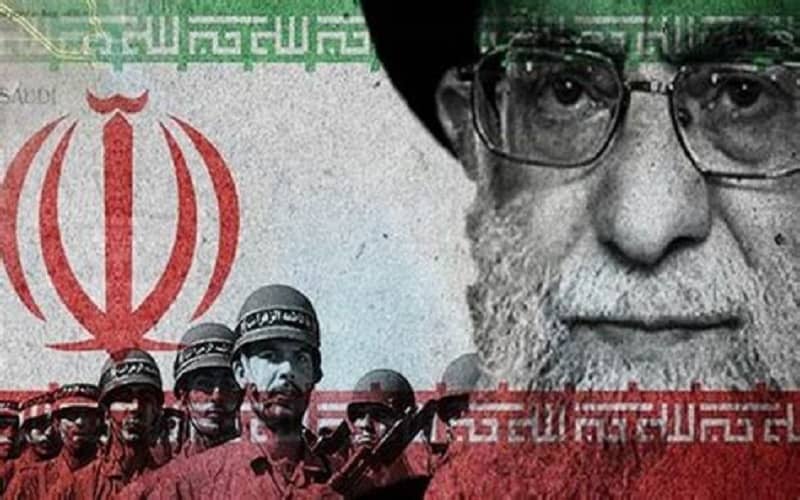 On Tuesday, a court in Antwerp, Belgium, announced its final verdict about three Iranian terrorists and rejected their appeal. The trio, led by Tehran’s diplomat-terrorist Assadollah Assadi, attempted to bomb the opposition rally in France in 2018.

All four defendants were caught red-handed, and the overwhelming evidence led to their conviction. Even Assadi’s threats during his interrogation sessions that regime proxies in the Middle East would retaliate if he were convicted did not work, and he was the first-ever diplomat to receive 20 years of imprisonment on terrorism charges.

The 2018 foiled bombing would have been Tehran’s largest terror attack in Europe, yet not the first nor the last. The Iranian regime has long used its diplomatic missions and embassies in Europe to target dissidents and pressure the West to consent to its demands.

During Assadi’s trial, it was revealed that he managed a vast network of spies and sleeping cells across Europe and paid several thousand euros to them.

In another development, the Swedish media reported in September 2021 that Peyman Kia, a former Swedish security police chief, had been arrested for spying on behalf of the Iranian regime between 2011 and 2015.

The arrest of the regime’s spies and terrorists in Europe lays bare the result of the European Union’s inaction toward the regime’s organized network of terrorism and espionage across the continent. The EU’s reluctance to hold the regime accountable for its terrorism has emboldened it to use terrorism and other inhuman tactics, such as taking innocent people hostage.

The regime has also been ratcheting up its hostage diplomacy to further put pressure on European powers. On Tuesday, Iran’s state media reported that the regime’s Intelligence Ministry had arrested two European citizens.

But, the regime’s use of terrorism and hostage-taking is not limited to Europe. The octopus of fundamentalism in Iran has its hands stretched to the four corners of the world.

In two exclusive reports, the Iranian Resistance shed light on the regime’s network of terrorism in Africa and South America.

Since usurping power in 1979, the mullahs’ regime invested in the export of terrorism. It used various tactics, such as hostage-taking, using improvised explosive devices, launching attacks through its proxy groups, and funding and sheltering globally recognized terrorist groups.

The regime’s leaders view many countries in the Middle East and North Africa, such as Iraq, Syria, and Yemen, as their strategic depth. To preserve its “strategic depth,” Tehran continued the devastating Iran-Iraq war for eight years, killed innocent people in Syria, abducted and assassinated people in Iraq, and hindered the peace process in Lebanon through its proxy-terrorist group Hezbollah.

The Iranian Resistance’s report on April 17, 2022, also revealed how Turkey had become a prime destination for Iranian dissidents and refugees to try to free themselves from the regime’s clutches. Meanwhile, Tehran has also been quite active there.

Last week, the Iranian regime shelled the Kurdistan region of Iraq, violating the country’s sovereignty. Ironically, the terrorist regime in Tehran claimed it had shelled the area to “combat terrorism.”

Berrier also added that “Tehran employs a complex set of diplomatic, military, and security capabilities, including unconventional forces that recruit and train partners and proxies to achieve its objectives.”

According to his testimony, the clerical regime had allowed Al-Qaida’s Iran-based senior leaders to “oversee its global network and issue guidance to al-Qa’ida affiliates on media releases and strategy.”

It is worth noting that the Iranian Resistance had previously exposed how Hezbollah in Lebanon and the regime’s Revolutionary Guards (IRGC) in Iran trained al-Qaeda militants.

While all facts on the ground confirm Tehran’s destructive role in the region, the regime’s apologists and those favoring the appeasement policy repeat the calls for revoking the IRGC’s terrorist designation and r engaging in “constructive dialogue” with Iran’s regime.

If history is a judge, making concessions to the mullahs’ regime with the hope of “controlling” Tehran’s malign activities will have disastrous consequences on peace and security in the region.

The recent court verdict in Belgium and Tehran’s increasing threats and violent behavior warrant greater firmness by the world powers. Any approach toward the regime bereft of firmness would be a humiliating debacle in the global fight against terrorism.

Previous articleIran: Resistance Units Broadcast Chants of “Down With Khamenei, Viva Rajavi,” “The Mullahs’ Regime Must Be Overthrown” in Kermanshah
Next articleIran: Teachers Protest in 20 Provinces, Demanding Imprisoned Teachers To Be Freed