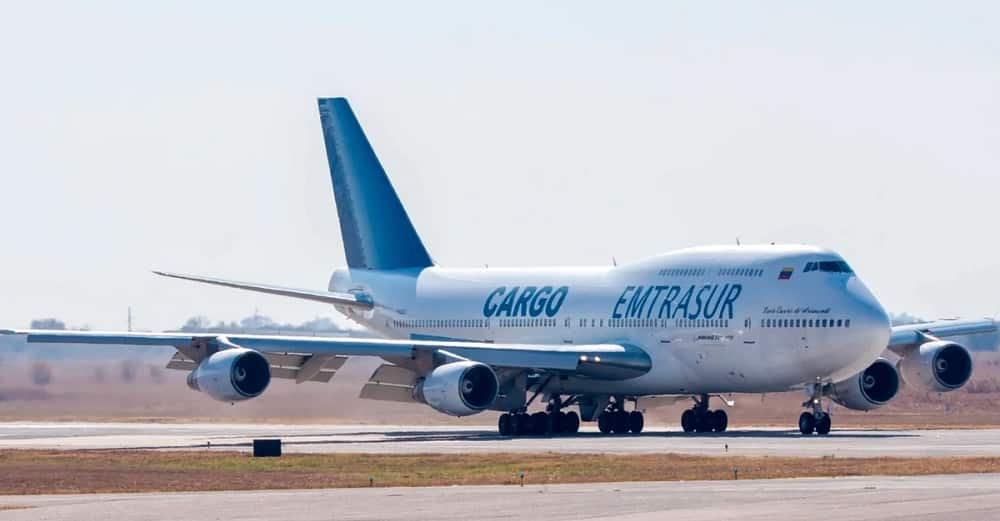 Days after Argentina grounded an Iranian airplane and seized the passports of its crew members, Paraguayan authorities announced the pilot was a member of the Revolutionary Guards (IRGC) Quds Force. This information once again underlined the ominous presence of Tehran in Latin America.

While Tehran likes to project itself as an anti-American pillar in the new unipolar world order, gaining influence and strengthening its foothold in the Americas is more than political muscle-flexing.

The individual, identified as Gholamreza Ghasemi, is believed to be a member of the extraterritorial Quds Force and a relative of the regime’s current interior ministers Ahmad Vahidi, who is wanted by Interpol for his role in the 1994 AMIA bombing.

So far, Argentinian authorities have refused to address the issue, thus raising concern about the Iranian regime’s impunity for terrorism and other malign activities in Latin America.

While the Argentinian government did not officially confirm the seizure, the Iranian regime quickly acknowledged the incident but tried to distance itself from it.

On Monday, the Iranian regime’s Foreign Ministry spokesman Saeed Khatibzadeh claimed that the grounded plane was operating for the cargo division of Venezuelan national carrier Conviasa does not belong to Iran’s Mahan Airlines. However, he acknowledged some crew members were Iranians.

Mahan Air belongs to the IRGC. The United States sanctioned the airline in 2011 for its role in spreading terrorism and chaos across the globe and “providing financial, material, and technological support to the IRGC.”

According to a profound study by the Iranian Resistance in 2011, “key figures in this company are among senior officers of the Revolutionary Guards and specifically commanders of the Quds Force.”

“In addition to providing passenger transportation, Iranian airline companies play an important role in Iran’s interference in the countries of the region. The use of the term ‘private’ for these companies is essentially a cover for giving the Iranian regime the right to use them for its own purposes, including the transfer of equipment, logistical support, personnel, etc.,” the report adds.

Having a Quds Force member as the pilot of a Mahan Air flight is not new. In June 2020, Amir Assadolahi, another so-called “pilot,” acknowledged he had transferred Qassem Soleimani, the eliminated commander of the IRGC Quds Force, with “seven tons” of “banned cargo,” meaning weapons, along with 200 passengers on board to Syria in June 2013.  He proudly declared himself an IRGC member and Soleimani’s follower.

“While flying over Baghdad, U.S. forces forced us to land at Baghdad airport. During Iraqi and American inspections, I asked Haji Qassem to wear the uniform of our flight engineer [so no one would recognize him]. They were after him,” he said, as quoted by the semiofficial Young Journalists Club news agency. “When the Americans could not find him and left, the Iraqis asked to check our cargo. It was a very tough moment. We went to see the cargo; I opened my wallet and showed the dollars to the Iraqi inspector; he winked at me, took the dollars, and left.”

Iran’s threat in South America should be taken seriously. Since the regime in Tehran faces more domestic crises, it tends to export them outside, and Latin America is a perfect destination. In recent years, Latin America has become the regime’s “zone of operation.”

The deadly car explosion in 1994 outside the Argentine Israelite Mutual Association (AMIA) did not happen overnight. The regime paved the way by sending its operative, Mohsen Rabbani, to Buenos Aires on August 27, 1983, almost eleven years before the AMIA attack.

Based on an exclusive report by the Iranian Resistance in February 2022, “As the leader of the at-Tauhid mosque, Rabbani began to search for potential targets for Iranian-backed terror attacks. During later testimony, three of Rabbani’s students at the at-Tauhid Mosque remarked that he had told them in 1990 to ‘export the revolution’ and that ‘we are all Hezbollah.’”

This plan ultimately resulted in the 1994 deadly bombing, which left 85 dead.

Sadly, the Argentine authorities decided to sweep the evidence of this terrorist attack under the carpet, mainly by avoiding any conflict with Tehran over the assassination of Dr. Alberto Nisman, the prosecutor of the AMIA bombings, who, according to Wall Street Journal, “had been investigating an alleged Argentine coverup of Iran’s role in the AMIA bombing.”

The grounding of the regime’s plane carrying its terrorists and holding them accountable provides an opportunity for Argentina to send a clear message of resilience to Tehran. Any “political consideration” and surrendering to the regime’s blackmail policy will embolden the greatest state sponsor of terrorism and eventually innocent people will have to pay with their lives and treasure.