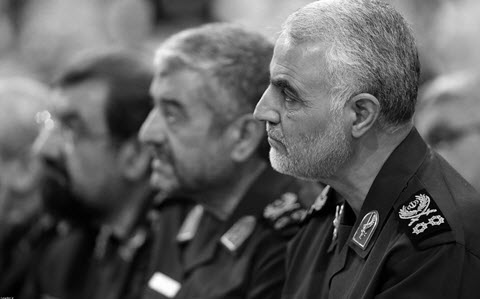 NCRI – The state-run Asriran Website published a report on October 9, 2017, expressing fear over listing of the Iranian Revolutionary Guards as a terrorist group.

The news reads, “Economically, the sanctions put the Islamic Republic of Iran under intense pressures. Many foreign companies fear to invest as soon as they realize that the Iranian Organizations, especially the IRGC, are enlisted as terrorists. Thus, there will be obstacles to establish economic relations with other countries.”

The news adds, “The IRGC, on the other hand, is an official and the chief military force in the Islamic Republic of Iran. If this organization is enlisted as a terrorist body, the economic operations, financial transfers, organizational and arms purchases and other interactions with this huge military-economic organization will also disrupt in Iran.”

According to Asriran, the Iranian military forces will not be able to interact in the region, if the US enlists the IRGC as a terrorist group. In addition, Iran and the U.S. might have several military confrontations in the Persian Gulf. The U.S. troops will consider that the military fleets of Iran belong to a terrorist organization and not a legitimate sovereignty.

It is just possible that these two countries shoot guns instead of firing a warning. In this case, there will be an increasing conflict between the IRGC’s fleets as well as the U.S.’s in the Persian Gulf.

The Commander of the IRGC, Major General Mohammad Ali Jafari at a meeting of the Strategic Council of the IRGC held on Sunday, October 8, 2017, expressed his fear stating that, “If the U.S. enlists the IRGC as a terrorist organization, the IRGC will also designate the American Forces, that are across the world especially in the middle east, like ISIS.”

He had earlier claimed that, “The U.S. has to transfer its regional bases far from Iran’s 2000-kilometer-range missiles, if they implement new sanctions law against Iran.”