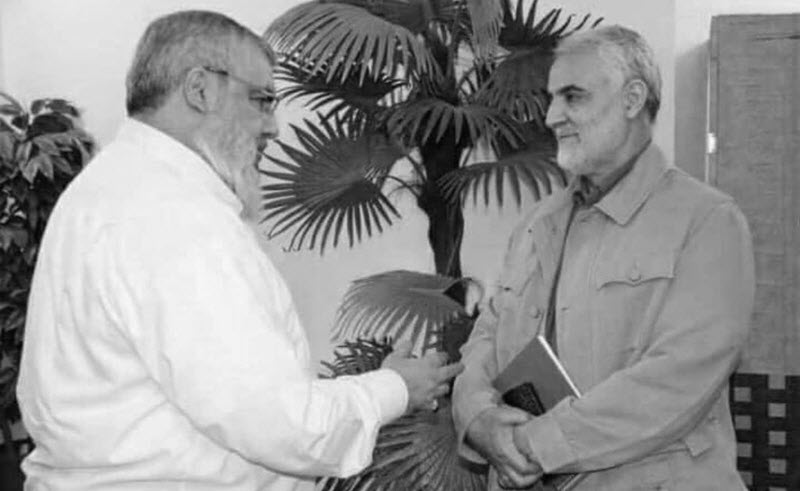 On Friday, Germany specifically refused to outlaw the Iranian-backed Lebanese terror group Hezbollah in its entirety, despite the fact that Britain had taken the important step earlier this month, specifically placing the so-called political wing on its terror watch list and imposing sanctions.

The UK had already imposed sanctions on Hezbollah’s military wing in 2008, but this important decision rejected the notion that there is any distinction between the two sections; indeed their leadership has previously stated that there is no difference between the two.

In 2012, following the Hezbollah bombing of an Israeli tour bus in Bulgaria, which killed six people, the EU banned Hezbollah’s military wing but not its political wing.

Following that, Hezbollah representative Ibrahim Mousawi said: “Hezbollah is a single, large organization. We have no wings that are separate from one another.”

While Hezbollah Chief Hassan Nasrallah warned that if Europe sanctioned the group as a whole, they would no longer be able to fundraise in Europe.

Despite this, Europe refused to acknowledge the singularity of Hezbollah and remains committed to a “critical dialogue” with the group, but this did not work out. Instead, it meant that Hezbollah was able to raise funds in Europe to prop up the Syrian dictator Bashar al-Assad on behalf of Iran, sending over half a million refugees into Europe.

The UK is now the second EU country, after The Netherlands in 2004, to recognise the dangers of Hezbollah in the Middle East and beyond, joining the Arab League, Canada, the United States and -Israel.

If Germany had outlawed Hezbollah on Friday, it would have been able to influence EU policy because it is the main economic engine of Europe. However, it is strange that Germany would not ban them as the country is a hotbed of Hezbollah activity, with representatives raising funds, recruiting members and spreading a lethal ideology. Even Germany’s Interior Ministry admits that the group’s anti-Semitism alone violates German law.

Sadly, it appears that Germany and the rest of the EU are more concerned with appeasing the Iranian regime than preventing terrorism.

Mark Dubowitz and Benjamin Weinthal from the Foundation for Defense of Democracies, wrote: “Germany, along with the rest of the EU, ¬remains wedded to various fictions about the nature of the Islamic Republic of Iran and Hezbollah. But Berlin and Brussels can’t deny the growing international consensus: There is only one Hezbollah, and it pursues its political ends through terror.”

Previous article
Under Secretary Sigal Mandelker Updates on Administration’s Pressure Campaign on Iran
Next article
U.S. Calls Iran Regime out on Its Malign Meddling in Iraq